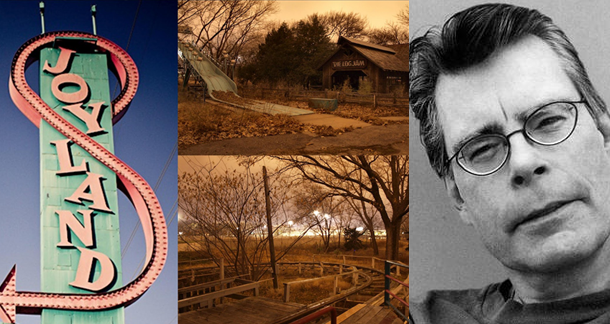 Piracy of one sort or another is not a new thing for users of the Internet, so it isn't much of a surprise that Stephen King's new book, Joyland, is already making the rounds in electronic form. And it's only a few weeks since it was revealed Joyland would only be released in pulp paperback format.

Charles Ardai, publisher at Hard Case Crime, released a statement from which this is an extract:

In the end you have to rely on the good behavior of the vast majority of the audience — I see no reason to think that pirates represent more than a small fraction of all consumers. That doesn’t mean we don’t care about piracy — we do. But it’s just one of the many punches you have to learn to roll with in the rough-and-tumble world of modern publishing.

Ardai noted that the Harry Potter books were similarly pirated when each one came out. King's previous statement seemed to be pushing people to go buy from a physical bookstore:

"I have no plans for a digital version," Mr. King said. "Maybe at some point, but in the meantime, let people stir their sticks and go to an actual bookstore rather than a digital one."

According to the article, a lot of so-called copies that are being found on the interwebs aren't kosher, anyway — they're just fronts for Malware or other malicious content. Nice. But hey, I guess if you're willing to download a pirated copy, that's the risk you're prepared to take. Was King right to limit publication to paperback at this point? Well, maybe — I see what he's trying to do, it just seems a little odd in light of his previous dabblings in eBooks...

Digital Piracy Is the Best Thing to Ever Happen to Us, Said No Writer, Ever. 6 Reasons It's a Bigger Threat Than You Think

How Libraries Acquire Books (Because Most People, Including Digital Piracy Advocates, Don't Seem To Understand This)

Digitize Your Books For No Fun and No Profit

How is that even possible, assuming it'll eventually exist for real? Did someone get ahold of a manuscript, or are they scanning the printed pages with OCR?

Dwayne from Cincinnati, Ohio (suburbs) is reading books that rotate to often to keep this updated June 17, 2013 - 11:07am

I try to keep an eye on who is pirating what and how, so I'd guess both happened since there are a few versions floating around.

What I don't get is why he'd think this is a good idea.

Stephen King is an icon that has enough good will in the bank to do whatever he wants. He could release a book written on a toliet paper roll and I would give him a golf clap.

That being said, if he is interested in saving bookstores he should keep his books out of supermarkets. I have seen Joyland for sale at the local Kroger at a price that undercuts most bokstores. I imagine the vast majority of copies sold are pumping up grocery retail chains, not bookstores, independant or otherwise.

Dwayne from Cincinnati, Ohio (suburbs) is reading books that rotate to often to keep this updated June 17, 2013 - 8:17pm