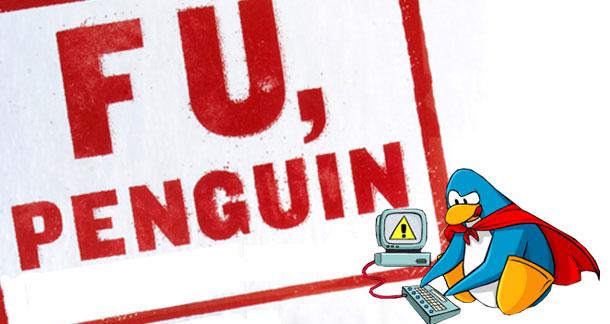 Hey authors, want to be published by Penguin? Well, now you can...sort of.

Penguin USA announced they'll be providing a self-publishing service through Book Country, their genre fiction online community.  So if you're one of those impatient writers who can't be bothered with finding an agent or writing a query letter, this may be for you.  Obviously, there's a market for this, and Penguin is cashing in on it.  Molly Barton, president of Book Country had this to say:

A growing number of authors simply want to go directly to readers with their books. We respect that new reality and the changed landscape that technology has brought to book publishing. Self publishing is a trend that isn't going away.

Packages start at $99 for the basic eBook option and go up to $549 for their pro package (print formatting included).  You can read the details about those over HERE.

Okay, so now you know what Penguin is offering and how much it costs.  Now let's do a little comparison just to show you how well this doesn't work.  We're going to be referring to Joe Konrath on this and what he recently said on his blog.  If you don't know the name, he's sold over 500,000 ebooks, so the guy isn't exactly a lightweight.

The first thing he addresses is the price of formatting, which, in his opinion is way high.  He then offers an alternative that does the same work for less.  You can debate amongst yourselves how good of a job Book Country will do compared to an independent.

The second issue is more important, and it's in regards to that $99 eBook only package.  Haven't people been uploading their books to Amazon and Smashwords for FREE for quite some time?  Why the hell would you pay $99 just to have them upload your book?  According to Konrath: "That's the easiest part of the self-publishing process."

Basically, you're paying a C-note for the upload and then you're giving Book Country 30% on every sale for doing nothing.

I'll say what I've always said: Do the research before you make any major decisions.  Know how much you're paying and what you're going to get for it.  Be financially conscious.  Be smart.

This move by Penguin is pretty much an insult to the writing community. Apparently, we are so wrapped up in our whole writing thing that we can't do the math. Yes, self publishing is on a huge incline, and rightly so, but to put forth an avenue that only hurts writers in the long (and short) run is ridiculous.