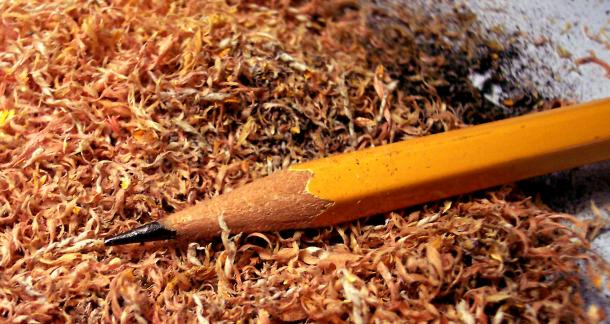 Pencils. They're not just for failing multiple-choice tests anymore.

This week, four different, weird, awesome pencil stories showed up in the news. Let's get the lead out and get started. Pun NOT intended. Pencil lead is made of graphite and clay today. Duh. 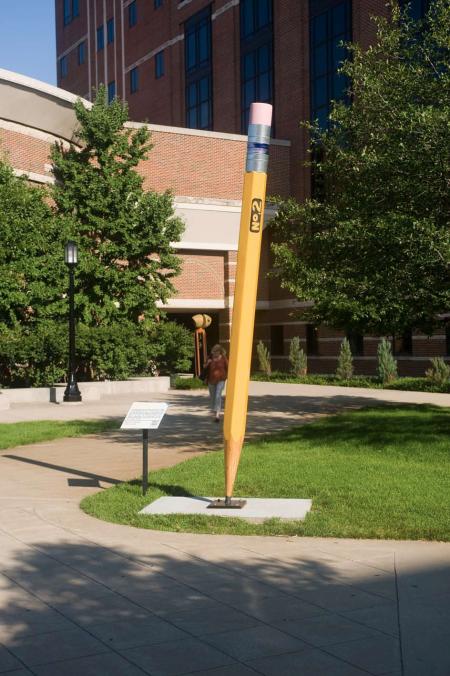 Sure, we've all "borrowed" a pencil from someone in school with the intention of keeping it forever. But the pencil stolen from Purdue University was a giant, 200-lb. pencil STATUE.

The statue was reported missing on Monday the 16th, although it's believed the pencil went missing on the 11th. A theft that goes unnoticed for 5 days, not exactly an Ocean's 11 window of time here.

If you live on campus, please keep an eye out for the giant pencil. You'll be able to recognize it by its distinctive appearance as an enormous pencil that doesn't actually function.

Apple has released their own stylus, the Apple Pencil. They worked pretty hard on the name.

The Apple Pencil looks pretty cool, actually. The touted features include high sensitivity, very little lag, and increasing pressure or tilt that changes the shape and shading of lines.

Apple's chief design officer clarifies the difference between a pencil and a finger:

I think there’s a potential to confuse the role of the Pencil with the role of your finger in iOS, and I actually think it’s very clear the Pencil is for making marks, and the finger is a fundamental point of interface for everything within the operating system. And those are two very different activities with two very different goals. The traditional pencil could have been replaced by a dish of powdered charcoal, which you dipped your finger into to make marks with. And that didn’t happen.

Developed by an MIT student in Denmark, the Sprout Pencil is a pencil that, when it's ended its useful life, can be planted in soil. And then? An actual, honest-to-God plant grows from the pencil's corpse.

The bad news is that the eraser has been replaced with a seed capsule. But the good news is, that seed capsule can contain tomatoes, basil, cilantro, mint, and tons of other plants.

The product's web site mentions that the plants are safe to eat because the pencils contain no actual lead. But you already knew that from the intro above, right? 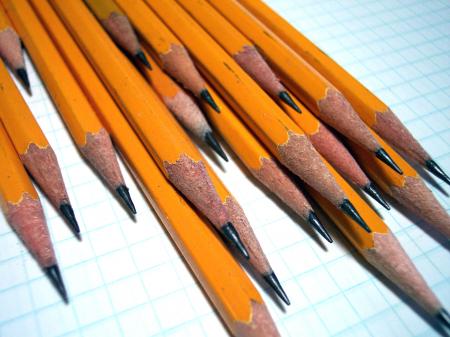 Caroline Weaver Pencil Enterprises. A small store in lower Manhattan that specializes in selling only pencils.

I know. It's very twee, and the proprietor, Caroline Weaver, comes complete with a pencil tattoo. But perusing the online version of the store, there's lots to love, including a Coca-Cola pencil, bullet-shaped pencil holder, and pencil of the month club. And the store's blog is all pencils, all the time, but it includes some interesting stuff, such as an article about the best pencil for test taking and images from the paper laid out for pencil testing in-store.

The Pencil: A History of Design and Circumstance

If you can make rent by selling pencils, I guess you earned it.

The Hipster Pencil store sounds like something from a Terry Pratchett novel...I guess it reminds me of the guy from Going Postal who's obsessed with pins. Substitute pencils, et voila.