Paul Tremblay's 'A Head Full Of Ghosts' Debuts In A Month, Film Rights Sold At Auction 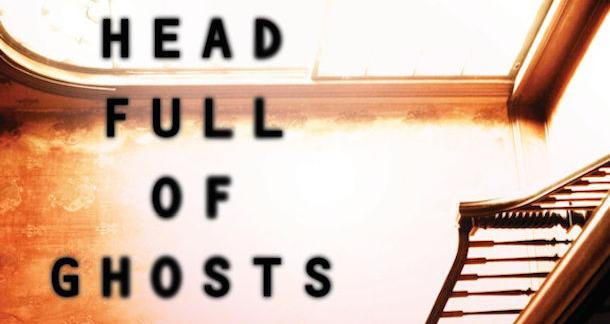 Great news for Paul Tremblay (and fans of great books and great movies. So great news for everyone, really). Focus Features won the rights to create a film based on Tremblay's novel A Head Full of Ghosts, beating out Tristar in what sounds to be a hotly-contested battle to bring Tremblay's newest book to life.

Negotiations as to who exactly will do what are still on-going, but some promising rumors have begun to circulate, including the involvement of Team Downey, an entertainment company founded by Robert Downey Jr.

Tremblay has been a longtime LitReactor friend and teacher in addition to writing some amazing books. If you haven't read any Tremblay yet, we'll tamp down the desire to be outraged and suggest The Little Sleep, the first in a series of novels following narcoleptic detective Mark Genevich. If hilarious and dark detective stories are not your thing, then try Swallowing A Donkey's Eye. Descriptions hardly do it justice, but suffice to say it's bizarre, heartbreaking, and more fun than should be allowed.

A Head Full Of Ghosts comes out in a few weeks, and just in case you're not sure, here's the Goodreads description:

The lives of the Barretts, a normal suburban New England family, are torn apart when fourteen-year-old Marjorie begins to display signs of acute schizophrenia.

To her parents' despair, the doctors are unable to stop Marjorie's descent into madness. As their stable home devolves into a house of horrors, they reluctantly turn to a local Catholic priest for help. Father Wanderly suggests an exorcism; he believes the vulnerable teenager is the victim of demonic possession. He also contacts a production company that is eager to document the Barretts' plight. With John, Marjorie's father, out of work for more than a year and the medical bills looming, the family agrees to be filmed, and soon find themselves the unwitting stars of The Possession, a hit reality television show. When events in the Barrett household explode in tragedy, the show and the shocking incidents it captures become the stuff of urban legend.

Fifteen years later, a bestselling writer interviews Marjorie's younger sister, Merry. As she recalls those long ago events that took place when she was just eight years old, long-buried secrets and painful memories that clash with what was broadcast on television begin to surface--and a mind-bending tale of psychological horror is unleashed, raising vexing questions about memory and reality, science and religion, and the very nature of evil.

Damn. Get one of those, for sure. Get two.

Big congratulations to Mr. Tremblay, and make sure to grab some of his books.

Ramona Quimby and A Head Full of Ghostbusters: When Men Write Women

Joshua Chaplinsky from New York is reading a lot more during the quarantine May 7, 2015 - 1:37pm

Picking this one up for sure.

I saw him read some of this almost a year ago at a bar in NYC. It was amazing and I've been waiting for it ever since.