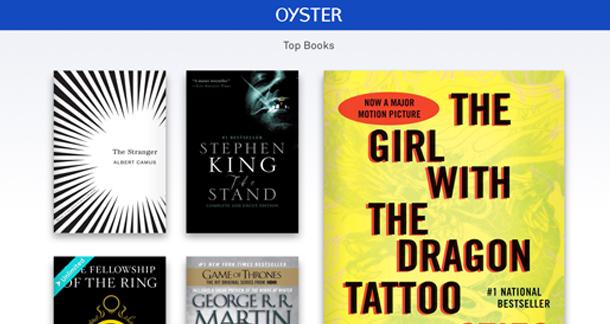 Oyster, a subscription service for eBooks that has been likened to Netflix, has expanded its services by adding an eBook store, reports TechCrunch.

Originally, members could pay $9.95 per month for access to a library packed with over a million titles. Now users can also pay for eBooks singularly. According to cofounder and CEO Eric Stromberg, this might allow Oyster to serve its customers with a broader selection of book choices.

This style gives readers more versatility in the app. Where they might choose to look to another retail outlet when a certain book isn’t available on subscription, they can now get everything they want in one place. Oyster’s eBook store even includes all the Big Five publishing houses—Hachette, HarperCollins, MacMillan, Penguin Random House, and Simon & Schuster.

Apparently, the main structure of the app won’t be altered significantly. Instead, readers will see a larger selection of books where subscription-based books will be featured next to those available for individual sale. There is also a filter if users aren’t interested in seeing these pay-per-purchase options.

Oyster’s new approach may pose competition for other eBook retailers, including the likes of Amazon. Based on the changes they’ve made to the app, will you be downloading?