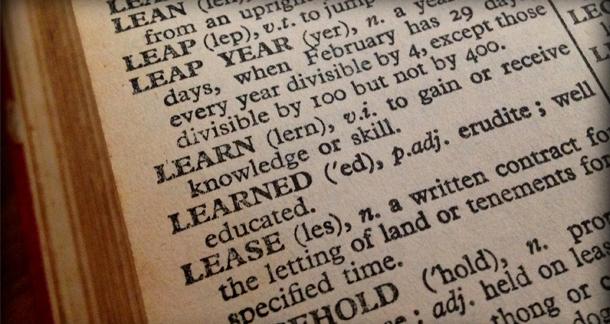 Autotune, crowdfunding, jeggings, sext, shizzle, and twerk: what do these modern terms have in common? The answer, apparently, is The Oxford English Dictionary (OED). OED has added about 500 new words to its catalog, including those listed above, reports GalleyCat.

The wide variety of new age lingo also includes such phrases as staycation, SCOTUS, and cisgender. A full list of the added words can be found here.

The description of “twerk” may be the most entertaining out of all the new terms. Katherine Connor Martin, head of the United States Dictionaries, wrote the following about the dance-inducing phrase:

The use of twerk to describe a type of dancing which emphasizes the performer’s posterior originated in the early 1990s in the New Orleans ‘bounce’ music scene, but the word itself seems to have its origins more than 170 years before. It was in use in English as a noun by 1820 (originally spelled ‘twirk’), referring to ‘a twisting or jerking movement; a twitch’: ‘Really the Germans do allow themselves such twists & twirks of the pen, that it would puzzle any one’ (Charles Clairmont, Letter, 26 Feb. 1820). Verbal use is first attested just a few decades later, and the ‘twerk’ spelling had come about by 1901. The precise origin of the word is uncertain, but it may be a blend of twist or twitch and jerk, with influence from quirk n.1 at the noun and from work v. in reference to the dance.

Besides making you want to break out some moves on the dance floor, what do you think of the new OED-approved words?