‘Out of Print’ Explores “Sad Future of Reading and eBooks” 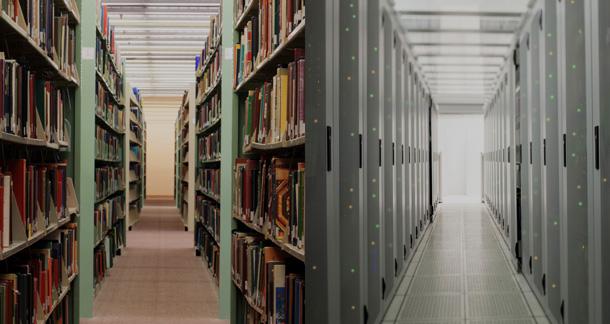 Okay, the doom-and-gloomers have been predicting the death of physical books ever since the first book was read on anything besides paper — or at least promising the end of life as we know it. A new documentary called Out of Print, which debuted last week at the Tribeca Film Festival, investigates the state of reading and the ‘literary landscape’ and their conclusions are on the depressing end of the scale.

Through statistics culled from literary surveys and interviews with people from all aspects of the book world— historians, librarians, students and teachers, publishers, and just about anyone else who is connected to the literary world— the film shows a field in the midst of significant and rapid change, both positive and negative.

The advent of eBooks has made reading more efficient and affordable for many and has increased access to and acceptance of self-publishing. But on the other hand, Out of Print portrays young people who are unable or unwilling to read long sections of text, and can’t retain or synthesize the snippets of information they skim. “A book is something I’m being forced to read, so I spend my time thinking about how I’d rather be sleeping,” says one teenage boy in the film.

I laughed first, then was appalled by one researcher who called the current generation “…’digital doofuses,’ who retain very little of the information they glean from skimming.” How depressing is that? Adults will be fine, apparently, as we’ll continue reading and supporting the people who live off of our reading (well, maybe) but what about our descendants?

But the troubling question Out of Print poses is what sort of minds will the next generation have, if they are able to “read” in the traditional sense at all?

And as technology changes, what happens to books that are in outmoded technologies? Paper books don’t have to be converted or upgraded to a new format. Is this the end of books? Probably not, but are we raising future generations who may never know what it means to ‘enjoy’ a book?

Class Facilitator
ReneeAPickup from Southern California is reading Wanderers by Chuck Wendig May 1, 2013 - 9:02am

There will never be a shortage of teenagers who don't read for pleasure, but by focusing on them we forget that YA/NA was only very barely a genre a decade ago. I realize that many adults read YA, but not nearly enough to make up for how HUGE the genre has become.

“A book is something I’m being forced to read, so I spend my time thinking about how I’d rather be sleeping,” says one teenage boy in the film.

Bah! There have always been resistant readers and there always will be resistant readers. Any time you require students to read a specific book there will be those who refuse to enjoy the experience; this is just as true of English majors as it is of high school students.

I didn't really read books as a teenager, and since the days of Prodigy dial up connections I think I'm that generation that's spent their entire lives reading text on the internet. Reading  novels, physical or electronic, is a very slow and painful process for my mind, but I get in about two books a week now.

The kind of info they're giving makes sense to me, and yet college students are always out there reading Infinite Jest or Anna Karenina or other monstrous books. Even those Harry Potter books are like 700 pages each, and it's nigh impossible not to have read one of those. I don't think generations will just quit reading, like that asshole Philip Roth always says (I love Philip Roth), prose has stuff going for it that you can't get anywhere else. The right people will always find it, I think. There hasn't been an entire generation of blind crippled mongoloids yet.

' “A book is something I’m being forced to read, so I spend my time thinking about how I’d rather be sleeping,” says one teenage boy in the film. '

I expect you could ask many English teachers about teenagers' attitude to books and they'll say they were hearing that sort of statement long before the concept of an ebook was as much as an itch in someone's imagination. Whatever form reading takes there will always be a kid somewhere who doesn't think it's worth bothering with.

I don't agree with this entirely. I do teach English and, yes, there are some kids who hate reading. However, when we read novels in class there tends to be a high retention rate and understanding. My discussions are usually college level, though I do not teach honors or AP. My students are all regular education. Do they always like what we read? No, but some of the kids do. I always have several kids who will read ahead because they are so into the book. I also have kids who will sneak their other books out of their bags to read them, instead of what we're reading together.

Hey, I loved to read when I was a teenager, but I hated most of the stuff they made us read in school. The only book I really loved was The Great Gatsby.