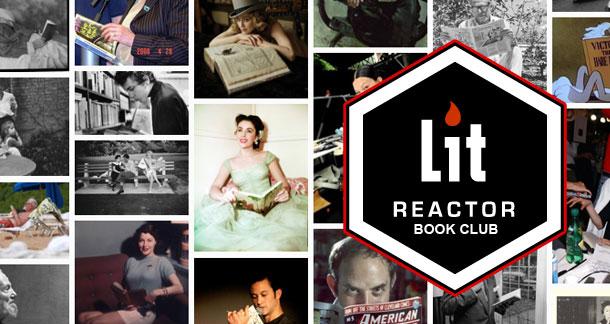 From the minute LitReactor launched, there was one question on many a lip over at our Discussion Boards: Will we have a Book Club? At first, we shied away from this.  A Book Club was something we had tried to make work at ChuckPalahniuk.net.  It was led by Pete Goutis, who gave it his all, but it never really took off, so we had cold feet about trying it again.  But then I saw member Charles giving it a shot in this thread, and it made us see just how many people were not only into the idea, but were going ahead with it full-steam, regardless of whether or not we had any concrete plans.  Then Pete contacted me, wanting to get one going as well.  And pretty soon, it just became a no-brainer.

Rather then talk about it too much here, I'll just say that the official LitReactor Book Club kicks off this November with Stay God by Nik Korpon. People are already reading the book now and discussions officially begin on November 13th.  To get in on the action, register for our site (it's free!) and join this discussion:

Then, if you want to participate in the actual November discussion, RSVP at our Facebook event here.  At the time of posting this, I already see 26 people have RSVPed.  That's awesome!

Thanks, all.  And happy reading!

A Conversation with Nik Korpon on 'Blade Runner,' Audiobook Pronunciation, and His New Novel 'The Rebellion's Last Traitor'

Chester Pane from Portland, Oregon is reading The Brief and Wondrous Life of Oscar Wao by Junot Diaz October 18, 2011 - 5:15am

Ordered my hardcopy last night from Powell's City of Books. I think they actually read the books sitting on their shelves.