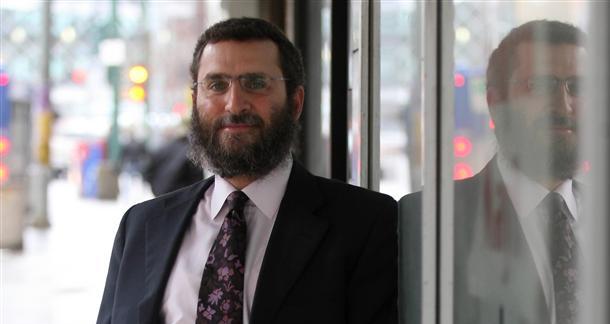 Via the Los Angeles Times:

Shmuley Boteach is no stranger to the limelight. The Orthodox Jewish Rabbi has made it onto the best-seller list with two books, Kosher Sex and Dating Secrets of the 10 commandments. However, as comfortable as Boteach is in the public eye, he may not have been prepared for the controversy he’s drummed up with his latest release, Kosher Jesus.

The book is a meditation on Jesus’ life as a Jew, and portrays him as a hero who stood up to the Roman occupation of Palestine. In accordance with the Jewish faith, the book rejects the notion of his resurrection and divinity, and even asserts that the New Testament intentionally demonized Jews for the crucifixion of Christ. However, it is Jewish, rather than Christian critics, who have taken Boteach’s new book to task.

Rabbi Yitzchok Wolf of Chicago proclaimed the book apikorsus, a Hebrew word which roughly translates to heresy, and said that he had “utter contempt” for the book, even though he had only read the title. Immanuel Schochet, a Canadian rabbi, said that Kosher Jesus:

...poses a tremendous risk to the Jewish community…[it] is forbidden for anyone to buy or read this book, or give its author a platform in any way, shape or form to discuss this topic.

In his defense, Boteach has said that his book is designed to appeal to both Jews and Christians and bridge the two faiths through different interpretations of the life of Jesus:

Boteach waved off criticisms that he is deliberately courting controversy in order to boost sales, and denounced an Orthodox website that refused to publish his rebuttal to Wolf’s criticisms: “We are the People of the Book. We aren’t the people who ban books.”

None of these religious authorities has explained themselves...such strong opinions from merely reading a title? What's "functionally illiterate" mean...?