Olivia Gone Wilde: Can A Writer Be Too Hot? 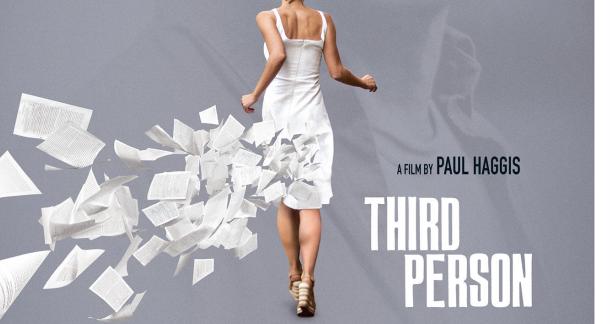 How nice a butt is a writer allowed to have?

The exact line is uncertain, however, according to a review for GQ written by Tom Carson, Olivia Wilde's is over the line.

From the review of Third Person, a new movie starring Wilde and Liam Neeson:

Neeson and Wilde get up to some believably wayward antics: games, one-upmanship, the kind of desire for each other that comes from old acquaintance rather than novelty. She's supposed to be a writer too, but your belief in that won't outlast Wilde scampering naked through hotel corridors once Neeson playfully locks her out of his room. With that tush, who'd need to be literate? Who'd want to?

To be fair, Carson's review is not exactly kind to Liam Neeson's writerly character either, calling him a "crock."

To be fair to Hollywood, there is certainly a precedent for attractive people playing writers. Bradley Cooper playing a writer in Limitless, the pairing of Gwyneth Paltrow as Sylvia Plath and Daniel Craig as poet Ted Hughes in Sylvia. Matt Dillon as Charles Bukowski.

To be fair to general weirdness, the movie poster almost seems to show pages generated directly from a woman's butt.

How do you feel about the ways writers are portrayed in movies? More importantly, does the attractiveness of a female character ruin her credibility for you?

Ramona Quimby and A Head Full of Ghostbusters: When Men Write Women

Joshua Chaplinsky from New York is reading a lot more during the quarantine June 27, 2014 - 1:56pm

Alright, writers, let's prove him wrong! Show us your butts!

GQ continues to set the standard for ignorant misogny. As if a beautiful woman would never find it necessary to learn how to read. Does he think Olivia Wilde's assistant has to read her scripts out loud to her? Tom Carson should be embarassed he committed such a stupid thought to print and put his name on it.

Writers are never correctly portrayed by Hollywood, but not because they cast attractive people. I don't know many writers who fit the stereotype of the middle aged, drinking, smoking, reclusive, dysfuntional of the past. A lot of the authors today have a totally different way of living and interacting with the public. Social media has changed the way writers connect with their readers.

But back to the idea of looks. Gwenyth Paltrow looks similar to Sylvia Plath. F. Scott Fitzgerald looks similar to Tobey Maguire. One of my friends said they thought Steinbeck looked similar to Paul Walker. Margaret Mitchell looks similar to actress Ashley Benson. All attractive, all talented writers. I don't understand how your attractiveness determines your value. Do attractive people think, "Well, I really love math/science/art/writing/etc, but I'm too attractive to persue a career in that field" ? I highly doubt they do. Tom Carson sounds like a sexist asshole.

I don't see how her looks have any bearing. Its the writing that matters.

I know a lot of writers who are absolutely adorable. Many of them I've met through this very site. It's a dumb statement by GQ, but that should surprise no one.

And I don't know about any of y'all, but I tend to write with my butt. Thus, the movie poster is unsurprising.

Redd Tramp from Los Angeles, CA is reading Mongrels by SGJ; Sacred and Immoral: On the Writings of Chuck Palahniuk; The History of Sexuality by Michel Foucault June 28, 2014 - 10:02am

Olivia Wilde is too hot. Not to be a writer, just in general. Part of me doesn't believe she even exists. She's surely an exquisite computer program, like that one movie with Al Pacino, Simone?

Saying a woman is too beautiful to be smart is not the same as calling a portraying a writer a "crock."

Dwayne from Cincinnati, Ohio (suburbs) is reading books that rotate to often to keep this updated June 29, 2014 - 10:24am

To be fair, the whole article is snarky, so maybe no big deal?

But, to be fair, everything is a big deal.