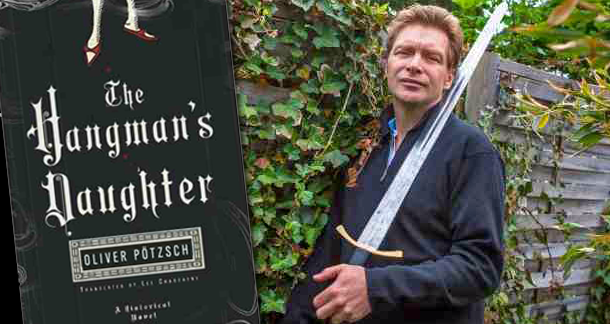 Amazon Publishing must be breathing a big sigh of relief: they’ve got their first million-copy selling author in the form of Oliver Pötzsch and his three volume Hangman’s Daughter series. It was bound to happen sooner or later, I guess, but up to now a big seller had eluded the new publishing venture. The sales number includes eBooks, print and audiobooks, no doubt helped by the eBooks being included on Digital Book World’s eBook bestseller list.

While Amazon is easily the biggest seller of books it does seem odd they’ve not had a book do this well before now, and a number of authors and agents have been reluctant to sign up with the company. Part of that may be down to resistance in brick and mortar stores to stock their books.

There’s also the question as to how much influence the tie with Harcourt did for the book — it should have helped. But will it get independent bookshops to pick up the books? Possibly. Mike Shatzkin, a publishing industry consultant and conference programmer for Digital Book World thinks it will.

“I don’t think Barnes & Noble will be moved but indie bookstores might look to this and say, ‘we want to have the books that people want to read,’” said Forrester’s McQuivey. “You might want to take a moral stand but you might also want to sell books. So you could try putting some Amazon books in there and if they don’t sell, maybe you do a little victory dance and if they do sell, well, that’s money.”

And he’s right. Indies can’t afford to ignore a book that’s selling well just because of the source — principles are a costly thing in today's market. I’m not saying they should sell out, but they need to think about stocking the books people want to buy.

The fourth book in the series, The Poisoned Pilgrim, is due out in mid-July.