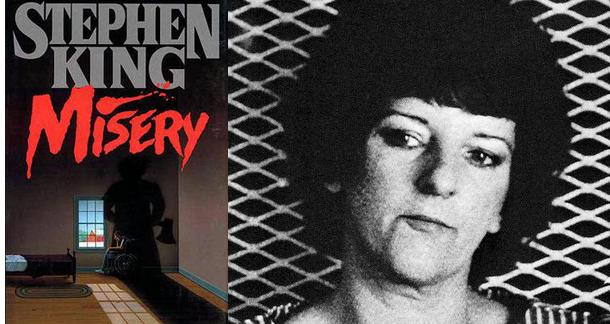 Genene Jones, reportedly the inspiration behind Annie Wilkes, the "number one fan" from Stephen King's Misery, is scheduled to be released on good behavior after serving 64 years of her 99-year sentence, Newsmax reports.

Unlike Wilkes, Jones was not convicted of kidnapping and assaulting a famous author; she was found guilty of purposefully injecting babies with lethal doses of drugs to induce a medical emergency, and thus garner praise for her "heroic" efforts trying to save the child. Though only incarcerated for the murder of one child and the injury of another, her prosecutor Ron Sutton estimates Jones is responsible for anywhere between 11 and 46 infant deaths between 1978 and 1982.

But according to Texas state law, any inmate with a "good behavior" track record enjoys a mandatory reduction of their sentence. Jones was apparently a natural candidate, so the board knocked off 35 years and penciled her in for a 2018 release.

The victims' parents are, understandably, pissed. "Just the thought of a serial killer walking free in the United States of America is the craziest thing I have ever heard of," said Petti McClellan, mother of Chelsea McClellan, the unfortunate 15 month-old that finally landed Jones in jail. McClellan and other parents/concerned citizens hope to send Jones back to trial on another case. If she's convicted of another murder, this would keep Jones behind bars. They've started a Facebook group, Victims of Genene Anne Jones.

I can see the resemblance between Jones and Wilkes, but of course King took the character in his own direction. He states in a 2001 interview with The Paris Review that Annie was also a personification of his addiction to drugs and alcohol.

Any other real-life inspirations for fictional characters of note? Let's talk about them in the comments section.

Thanks for the a news, just wanted to throw you a note that she's only served 35 years, not 64...

I completely support her being sentenced to a long term in prison. I also completely stand behind the good behavior early realease law, one of the very few positive things about Texas, because for a prison system to serve as an institution of secure rehabilitation versus exclusive punishment, the opportunity for a sentence to be cut short needs to be there. I don't get the big deal, if she has shown positive change in behavior. Life's too short and people are too complicated for damning someone to be a positive opinion.

My apologies, Anthony. She had 64 years left on her sentence, hence the mix up.

Kelby, I agree that people deserve second chances, but I also understand the fear displayed by the victims' families. It's a fear born from hurt and anger, and those emotions always cause strong reactions. Not saying Jones shouldn't be released if she's legitimately rehabilitated, just saying I get it.