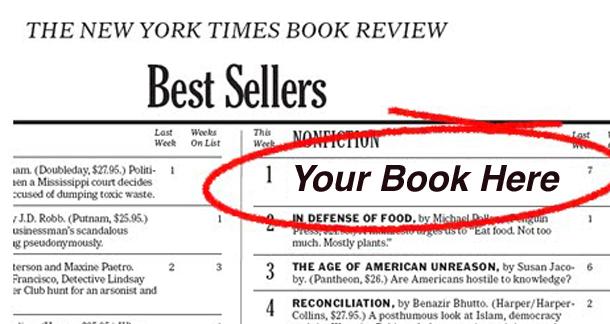 While people often complain about recycled plotlines in movies, as it turns out, some books are just as guilty of formulaic story development. In Hit Lit: Cracking the Code of the Twentieth Century's Biggest Bestsellers, the author analyzes "mega-bestsellers"—books that sell millions of copies and keep selling for years. (The Exorcist, Gone with the Wind, Jaws, The DaVinci Code, etc.) Turns out, many of the biggest titles were simply "permutations of one book, written again and again for each new generation of readers."

This isn't anything new. American readers have been yearning for the same formula for years now, as John Harvey's academic paper in the '50s found common "content variables" within bestselling literature, such as a "high level of emotional intensity that results in gutsy and surprising deeds," and that the main characters "act decisively" instead of "navel gazing."

In the '90s, 53-year-old struggling writer John Baldwin spent several years analyzing the best examples of the medical thriller genre, consulted with some Hollywood writers and agents, and created a 10-step formula for creating a hit book:

1. The hero is an expert.
2. The villain is an expert.
3. You must watch all of the villainy over the shoulder of the villain.
4. The hero has a team of experts in various fields behind him, etc.
5. Two or more on the team must fall in love.
6. Two or more on the team must die.
7. The villain must turn his attentions from his initial goal to the team.
8. The villain and the hero must live to do battle again in the sequel.
9. All deaths must proceed from the individual to the group: i.e., never say that the bomb exploded and 15,000 people were killed. Start with "Jamie and Suzy were walking in the park with their grandmother when the earth opened up."
10. If you get bogged down, just kill somebody.

How many of these themes are present in your work? Or how many will you now include?

JEFFREY GRANT BARR from Central OR is reading Nothing but fucking Shakespeare, for the rest of my life May 30, 2012 - 3:49pm

I must respectfully disagree. The formula for best-seller seems much simpler to me: 1.zombies, 2.vampires, 3.teen love triangles. Did I miss anything?

Just steal a gothic or Victorian novel and add sea monsters, zombies, vampires, or werewolves. Alternatively, you can take a famous historical figure and add one or more of the above monsters. They'll probably even make a film out of it.

JEFFREY GRANT BARR from Central OR is reading Nothing but fucking Shakespeare, for the rest of my life May 30, 2012 - 4:04pm

I expect bestsellers out of the lot of you. Chop-chop.

Have zombie sharks been done yet? 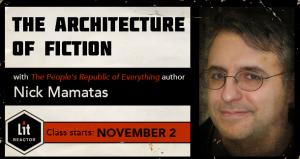