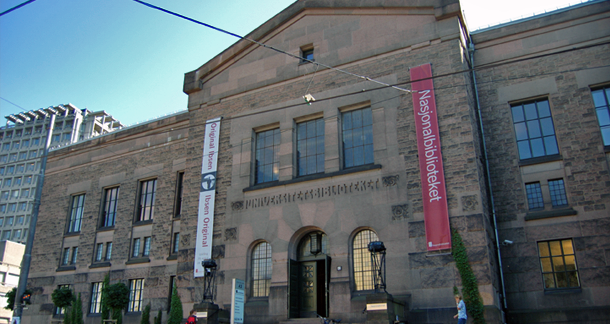 In a massive undertaking, the National Library of Norway is planning to digitize all of the works it holds in the Norwegian language. Not only that, but all new digital books will be added to the archive as well.

By law, "all published content, in all media, [must] be deposited with the National Library of Norway," so when the library is finished scanning, the entire record of a people's language and literature will be machine-readable and sitting in whatever we call the cloud in 15 years.

They’re not just keeping it to themselves, though: if you live in Norway — detected by means of your IP address — you’ll be able to access all of the archive, including 20th Century work still under copyright. I can already hear the authors in the crowd cringing (or shouting) at that idea, but is it such a bad thing? What they’re doing is preparing for the future and probably ensuring that a lot of work is preserved, rather than rotting away.

But what are we doing in the US? Britain? We’re behind, of course, with no project of this magnitude even a glimmer in some librarian’s eye. Is it some outdated view of copyright? Are we so suspicious of anything remotely tied to the government that we couldn’t possibly consider such a move?

Can America afford to be left behind? Seriously, though, smaller countries with friendlier attitudes toward government and the humanities surely have an easier task than Americans in preserving our past. But we're hardly trying. Our libraries do what they can, but the idea of digitizing literally every book published in this country is a goal that we should shoot for and fund.

While I’m not sure about The Atlantic article author’s assertion that Norway will be ready for the apocalypse — I wonder how you access digital files with no electricity, for instance; paper is a much better medium for survival in that case (if we don’t burn the pages for warmth) — there is an argument that we are in danger of losing a huge volume of work in whatever language if we don’t start programs like this one. Should we be thinking about the future of our heritage? I think so.

On the one hand, the US is huge and produces an incredible amount of stuff, so it'd be a massive (and expensive) undertaking to preserve it all.

On the other, who would ever agree to allow an office of directors to pick and choose what was preserved? They would never have the time to actually read it all, so their decisions would forever be in doubt.

If you're going to do it, do it all the way. If not, allow citizens and organizations to preserve whatever they want, hobbyist media-hounds whiling away like monks without an abbey.

We are SO ready for the Apocalypse here in Norway and while the rest of you make soup from your toenail clippings and old issues of the Washington Post, we'll be sitting back in our elk-skin slippers and browsing the internet on PCs powered by lemming-driven generators.