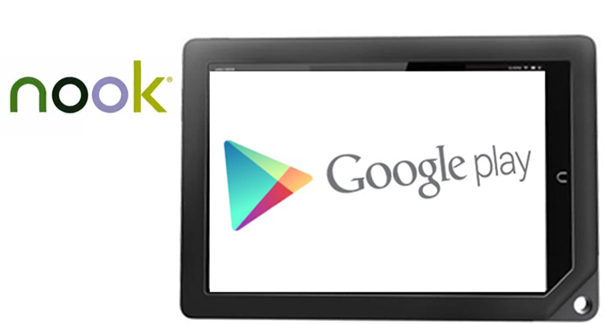 Want to watch a movie on your Nook? Well, now you can. Barnes and Noble, facing criticism over having their own app store, have taken the step to open up their Nook HD and HD+ tablets to allow access to Google’s Android apps via Google Play.

As it’s one of the biggest issues Nook tablet users have complained about, i.e. access to Android apps, this is a big improvement: in one fell swoop they’ll give users access to the whole spectrum of movies, TV shows, apps, games and more that are already available through Play.

The move could give Barnes & Noble a leg up versus other Android tablets that only run bespoke apps, like the Kindle Fire, which has thousands of its own apps — generally the most popular Android apps. It comes with a price, however: Users should be able to buy Google books now directly on the tablet.

While Barnes & Noble aren’t saying they’re stopping development of apps for their tablets, the speculation is that yes, they will be announcing an end to “Nook-specific app development” soon. And they are sounding upbeat about the changes.

By adding Google Play to NOOK HD and NOOK HD+, we are offering our customers even more great entertainment on our award-winning tablets,” said William Lynch, chief executive officer of Barnes & Noble.

If you’ve already got a Nook HD or HD+ tablet, you don’t have to do anything to access the new functionality as it’s all part of an “an automatic over-the-air update that will roll out to all devices connected to Wi-Fi, beginning today”. Will it save the Nook from falling sales? I don’t know, but it’s going to be an improvement a lot of people will like.

Dwayne from Cincinnati, Ohio (suburbs) is reading books that rotate to often to keep this updated May 12, 2013 - 11:50am

Does this mean you can install a Kindle App on a Nook device?