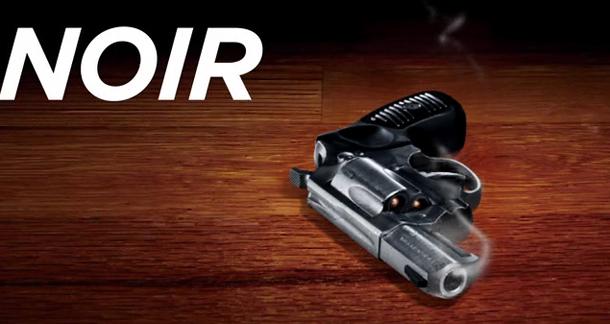 Here's something that should appeal to all the mystery buffs out there (and I know there are a lot of you). There's a cool, new, digital magazine looking for funding on Kickstarter. Noir Magazine is the baby of Nancie Claire and Rip George, two experienced and successful publishing professionals who worked for such high profile publications as LA, The Los Angeles Times Magazine (for whom they launched the iPad version), inStyle, and Esquire. On September 5th, they launched a funding campaign for their latest project, who will cover noir, thrillers, mysteries and crime fiction in general, whether it's on the big screen, television, video game consoles or in print.

How is this project standing out? Claire and Georges have associated themselves with marquee names in the crime fiction business, that's how. They've hired none other than Megan Abbott, author of The End of Everything and Dare Me, as their editor. That alone is a tell-tale sign of quality. Mrs. Abbott never gets involved in shoddy business. Whatever she does usually turn out to be amazing.

The Noir Magazine campaign pitch also mentions a board of advisors and collaborators that includes many other great crime writers such as: Ed Brubaker, Robert Crais, Michael Connelly, Sara Gran, Stephen Hunter, Otto Penzler and Denise Hamilton, to name a few. If you're interested in backing Noir Magazine, please visit their Kickstarter campaign page. The project is intended to be for iPad, but should also be available for Android, Kindle Fire, and most smartphones in a foreseeable future.

The Strange Death of Eugene Izzi