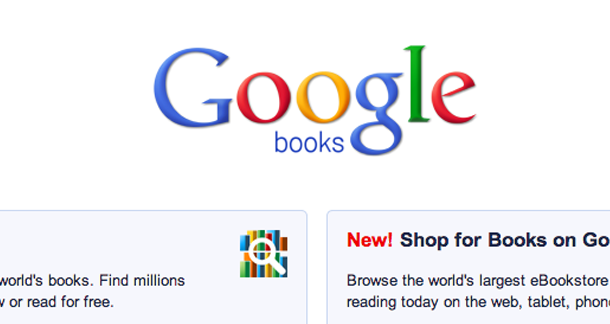 In a landmark decision in Manhattan yesterday, US circuit judge Denny Chin dismissed the case brought against Google by authors who claimed that the search giant had digitally copied millions of books without permission for its Google Books application. The judge “accepted Google's argument that its scanning of more than 20 million books and making snippets of text available for online searches constituted fair use under US copyright law”.

Authors had asked for $750 (£479) for every book the search giant scanned without authorisation as part of its controversial Google Books programme. They were also claiming statutory damages of $750 for each book Google had copied, distributed or displayed in violation of copyright law. Google had estimated that it could owe more than $3bn if the class action succeeded.

So far, so unexpected. Led by Scott Turow and The Authors Guild, the lawsuit began in 2005, and it’s not the first time Judge Chin has heard the case. In 2011 he dismissed a $125 million settlement over copyright and antitrust issues. Obviously, he still didn’t feel that the authors were right and has ruled accordingly.

But the judge said the massive library makes it easier for students, teachers, researchers and the public to find books, while maintaining "respectful consideration" for authors' rights. He also said the digitisation was "transformative," and could be expected to boost rather than reduce book sales. "In my view, Google Books provide significant public benefits," Chin wrote. "Indeed, all society benefits."

In this day and age, any way that people can find books is a benefit to authors, so I can’t really dispute his findings. Do you think this harms authors? Should they all be entitled to a slice of the pie? Or has the pie just opened up new opportunities for them?

Five Legal Issues All Writers Need To Be Aware Of

In my mind, the principle issue has absolutely nothing to do with the ease of "finding books." Google's overwhelmingly broad scanning of books takes an author's work, reproduces it, and publishes it online--without permission. To what end? Anyone who believes that it's simply some magnanimous service that Google is offering to both writers and readers, and not merely a means for them to make money, is embarrassingly naive. Do they deserve a slice of the pie? It's a misleading presentation of the question, because everything in the pie is theirs already.

edsikov from New York by way of Natrona Hts PA is reading absolutely nothing November 16, 2013 - 9:29am

Why does Google get to profit on making my books available to people? Why is this any different than my ripping off Google's products and passing them off as belonging to me? The effect - to make these products more widely available, but for free - would be the same.