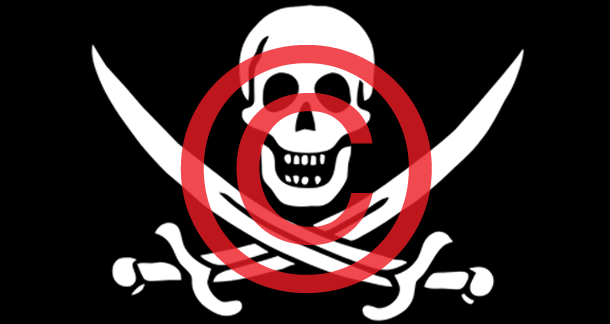 There’s a constant stream of studies coming from academia and the barrage can be overwhelming (is coffee good for me or not?). But a new study from the UK’s prestigious London School of Economics (LSE) is of interest to anyone with a stake in a creative field — primarily because it suggests that online copyright “piracy” may “bring more benefit than harm”. I can already hear your skepticism, but bear with me. The new policy brief, Copyright & Creation: A Case for Promoting Inclusive Online Sharing, has a few interesting passages, particularly about the attempts of policy makers and “Big Media” to clamp down on violations:

"Evidence does not support claims about overall revenue reduction due to individual copyright infringement,” claims the brief, in its introduction. “The experiences of other countries that have implemented punitive measures against individual online copyright infringers indicate that the approach does not have the impacts claimed by some in the creative industries.”

The paper’s authors have based their research on PricewaterhouseCooper’s Global Entertainment and Media Outlook series of reports as well as many other sources, and has been released in response to an act currently in the UK House of Commons which advocates very punitive sentences for copyright violation. One of the findings of the report is that “the music industry has experienced overall revenue growth in recent times. In 2013, for the first time, UK revenues from online music were higher than revenues from CDs and vinyl combined.” Right. But that’s not what the music industry says… and this is causing more problems.

The LSE study also emphasized “a major problem with the claims and counter-claims about the impact of online copyright infringement by individual users. The large companies and their lobbyists in the creative industries refer to studies that they commission; while opponents cite alternative studies. The opponents have little or no access to the methodologies and assumptions built into the studies commissioned by these large players. Unfortunately, governments have little alternative but to rely on the studies commissioned by those in the creative industries.” In short, the creative industries feed governments the data they select to achieve the result they want.

The study doesn’t go so far as to say piracy is good for business, but is strongly suggests that it might be. I don’t know, this fits with what people like Cory Doctorow have been saying for years, but I’d be very surprised if “Big Media” gives up that easily. So, does this mean copyright enforcement is a waste of time? It certainly may be a waste of money.