New Madoff Book Claims Bernie Was Kind of a Jerk. No, Really?! 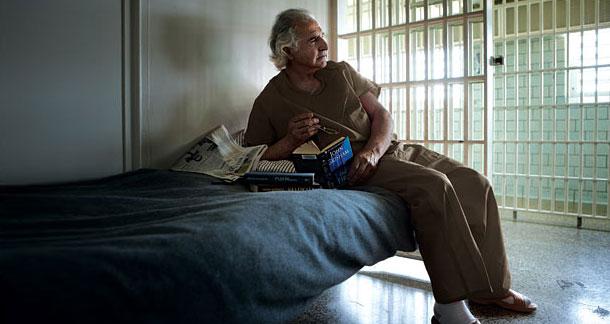 If you know anything about this Bernie Madoff business, you know the family is pretty pissed off about everything. Bernie could really care less.  In fact, he recently bragged in a jailhouse letter that he is "quite the celebrity" and "treated like a Mafia don," in the North Carolina prison where he's currently held.  Another portion of it reads: "I can't walk anywhere without someone shouting their greetings and encouragement, to keep my spirit up."

Pretty smug, right? The jailhouse letter was addressed to Stephanie Madoff Mack, Bernie's daughter-in-law, but it should be mentioned that she initiated the contact with a letter of her own.  As per her interview with ABC, her letter to Bernie was a series of family events he was missing due to his 150-year sentence behind bars.  She admitted, "I thought it would really sting him."  As you can imagine, it didn't.  The dude ripped people for billions of dollars, you really think he care's about Timmy's birthday?  Anyway, that's when Bernie retaliated with his own letter.

Now the flame war has gone up a notch with the release of The End of Normal by Stephanie Madoff Mack.  Here are some of the highlights, according to The Daily Mail:

Along with those dirty details, Stephanie also speaks up (once again) about her husband's suicide, which she blames Bernie for.

Obviously, there's a market for this book.  In fact, as I write this article, it's currently ranked #220 on Amazon, so it looks like Stephanie is going to make a nice little profit on this project.  What I keep thinking about though is that we already knew Bernie Madoff was a piece of shit, didn't we? His public opinion was way low even before this book came out.

Now I'm wondering if Bernie is going to release a book of his own, perhaps one that details the glories of prison life.

I watched that interview tonight. I felt pretty bad for the woman who lost so much because of her scumbag father-in-law. The suicide of her husband is especially tragic.

You think this would be the headline story for 20/20, but no. It was the lead-in to a piece on Mariah Carey and her twins.

Ugh, her and her boytoy Nick Cannon.  Pathetic as Demi Moore and her man-child bride.  Women are the new men apparently dating way outside their age range.

Yeah, I saw the interview with the widow and I did feel bad for her.  She deserves any money she can get after that scumbag ruined her life and her husband hung himself.