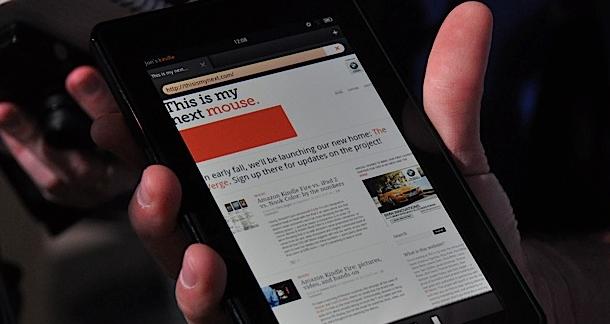 Here's the deal, kids.  We already know that Kindle revolutionized the way we read books.  Hell, the very idea that you can carry a miniature library around in your pocket still blows my mind, so I can't really blame anyone for defecting over to the "all electronic" crowd.  The convenience of eReaders is hard to beat.

Alas, I've remained a purist, as have many of my other author cohorts.  Call me crazy, but I just love the way all those beautiful novels look on my shelf.  I've also been known to collect an autograph or two, and I already know how authors feel about signing Kindles.  FYI: They don't like it. Buy the damn book on paper if you want a sig.

Now Kindle has just announced something that might sway a few people; it's a new format (KF8) which supports HTML and CSS3, and that's due to replace the current Mobi 7 format.  In plain English: things like graphic novels, comics, and magazines are going to look pretty sweet.  It's also supposed to be an upgrade for simple text as well. Words on paper should look more like words on paper.  There's a laundry list of features that range from nested tables to Scalable Vector Graphics, but the point is that the Kindle device is making at run at everything beyond books now, and it's all starting with the Kindle Fire.  For the bargain basement price of $199, it looks like a steal.

No, I didn't forget the iPad.  Believe me, I'm fully aware of what it does and can't deny it's a cool little toy to play with at Starbucks.  That $499 price tag keeps a lot of people away, though.

There's no doubt in my mind that the iPad is the all-around superior device, but now that the Kindle is fully fleshing out its capabilities to include colorful mediums--combined with the $300 undercut-- and it seems like a viable option for those people who want an eReader with basic browsing functions.  This should be especially big for the comic book and graphic novel crowd.  At $3.99 an issue, those suckers are pretty expensive, and it's amazing how quickly those elongated white boxes can take over your bedroom.

What do we think, guys?  Anyone adding a Kindle Fire to their wish list?

I'm still not sold on the Kindle Fire. It looks neat and all, but to me, a tablet and an ereader are different things. An e-reader is built for ease of use and for hours of reading. A tablet is like a computer, and can have an e-reader app, but it's still a tablet. As an e-reader, I feel like the Fire doesn't hit the mark... and as a tablet, I feel like it's almost too simple.

But for what it does, I can see why a lot of people will go for the Fire. I'm going to wait and see how other people like it before I think about getting one, though.