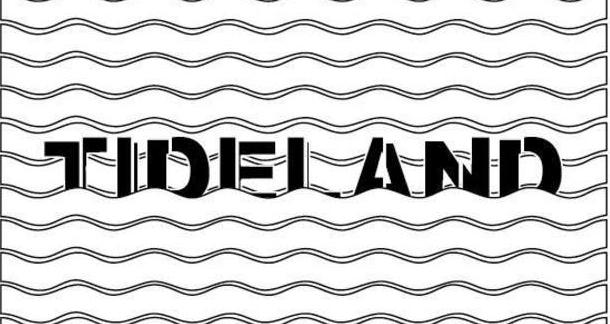 This is cool: A bunch of folks out in Oregon have launched a Kickstarter campaign to fund Tideland Books and Bottle Shop, an indie bookstore that would focus on small press titles and pair books with craft beers.

I checked in with J. David Osborne, the head of Broken River Books and one of the masterminds behind the campaign, to get a few more details. He said it's a joint effort between him, Michael J. Seidlinger, Cameron Pierce, Matthew Revert and Kirsten Alene Pierce, and their three presses: Broken River, Lazy Fascist, and Civil Coping Mechanisms. Though, the bookstore's selection won't be limited to those three presses.

I'll be in charge of stocking the crime fiction (among other things), Revert will be in charge of design aspects, Kirsten is the brain, Michael and Cameron will have their sections, etc. It will also be a spot for some serious readings, which we'll announce some time in the near future. And, most interestingly, it's the beginning of a kind of partnership, in which all these presses will be working together to help each other out and grow. A kind of Voltron thing, but that's still in the very early stages.

I asked for a sample book/beer pairing, and J. shared this from Cameron, their resident beer maestro:

Juliet Escoria is originally from San Diego, where craft brewery powerhouse Stone Brewing is based, and all of the stories in her debut collection, Black Cloud, are based in southern California. Like Stone's Smoked Porter with Vanilla Bean, Black Cloud is dark, powerful, and compulsively consumable, with occasional notes of sweetness.

So yeah, they're clearly not messing around. This is one of those things that sounds so cool I don't know why it doesn't exist already.

Check out the Kickstarter and give 'em a little love.

There's something vaguely similar near me, an old book shop turned into a pub but still full of books. I was there last night, in fact.

Joshua Chaplinsky from New York is reading a lot more during the quarantine September 16, 2014 - 9:11am

love the idea. hope they can make it happen.

I've been in favor of this for a while. I love the idea. I'm also a craft beer snob, so pairings with books makes sense to me. I made a video about this concept a while ago, but actually starting a bar/store, that's commendable.

Ryan Peverly from Ohio is reading The AEgypt Cycle by John Crowley September 17, 2014 - 6:51am

Joshua Chaplinsky from New York is reading a lot more during the quarantine September 17, 2014 - 8:28am

First off, Pevs, don't be a jerk. Thems our friends. Also, what the hell is going on here?

Books and booze may mix, but books, booze and kids?!?!

Note that the word "bard" is nested inside the URL As a poet, I like that!