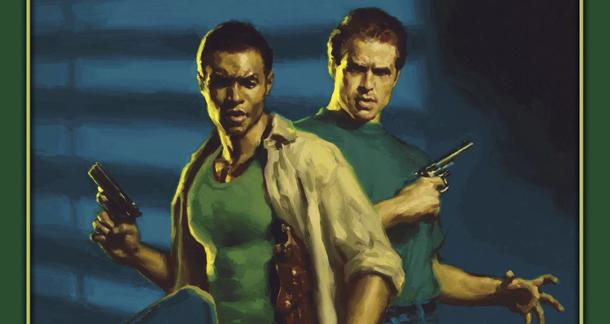 Joe R. Lansdale's writing runs an impressive gamut, from the splatterpunk horror of his Drive-In series to the gritty crime drama of his Hap and Leonard saga, with a mountain of short stories exploring just about every genre in between.

Now, Hollywood has taken notice of Lansdale's impressive body of work, at least the crime side of it. An adaptation of his novel Cold In July was recently a big hit at the Sundance Film Festival, getting picked up by IFC Films for a summer theatrical release. The film, starring Dexter's Michael C. Hall, is a dark slice of southern-fried noir, pitting Hall against a band of thugs seeking revenge for their fallen brother, a man Hall's character, Richard Dane, kills when he invades his home.

If that wasn't enough, an adaptation of Lansdale's work is also headed for the small screen, brought to life once again by Cold in July's writer/director duo, Nick Damici and Jim Mickle, according to a story over at The Wrap. The series, based on Lansdale's Hap And Leonard series of novels, is being developed by Damici and Mickle for the Sundance Channel. Everything about the series is still up in the air, but it's nice to see so much attention being given to Lansdale's body of work.

This isn't the first time Lansdale's works have hit the big screen. His novella, Bubba Ho-Tep, was adapted into a 2002 film starring Bruce Campbell, and a number of his short stories have been adapted into short films as well as features.