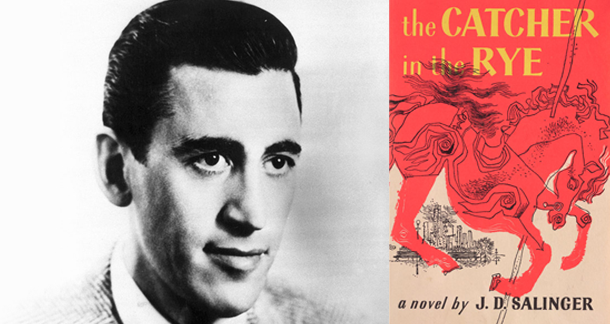 A new biography of the author of The Catcher in the Rye is due out this September. Described as an “oral biography”, The Private War of J.D. Salinger by David Shields and Shane Salerno is based on interviews with Salinger’s former colleagues and close friends which Salerno has been conducting since 2004.

Simon & Schuster will be publishing Private War… which came to editor Jofie Ferrari-Adler’s attention following a story about Salerno’s efforts in Newsweek.

The project has been the subject of much speculation since a 2010 Newsweek story, ‘Salinger Like You’ve Never Seen Him’, about the work-in-progress.

Shields and Salerno have been working to shape the interviews into a book which will include never before seen photos of Salinger. Salerno has also directed a documentary to be aired on American Masters in January 2014.

It’s always interesting seeing new material about people that lived before the internet — particularly authors as famous as Salinger. What do you think?

John Paul Jaramillo from Colorado is reading The Burning Plain by Juan Rulfo January 30, 2013 - 7:37am

I believe there was an A&E biography episode. And I've seen some small budget Youtube videos interviewing military academy folks on Salinger. Such a private person and writer and I'd like to see the doc.

Black Friday VPN can also be used to protect your privacy when using public Wi-Fi hotspots. If someone else uses the same network as you do and logs into their account for free access then they will have access to everything that you have done online in the past few minutes so using VPN Black Friday service like ours will ensure that no one can see what you are doing at all times!

Education works because it helps people see the world through different eyes. Education helps people understand what is right and what is wrong, good and bad, fair and unfair. It teaches us how to think about our actions, what they mean in the long run, and how they affect others around us. writingjudge.com/services/topessaywriting

The Salinger Book and Documentary in Works are based on the true story of a young man who went on to become a famous novelist. Now you can explore the life of author J.D. Salinger, his family and friends and his book The Catcher in the Rye in this fascinating 5-part documentary series by screenwriter Matthew Weiner. Need you can visit PureWL for more new things about the technology. The website covers Salinger's life up until his death on January 27th 2010, while also providing quotes by the author and commentary on current events of his time.