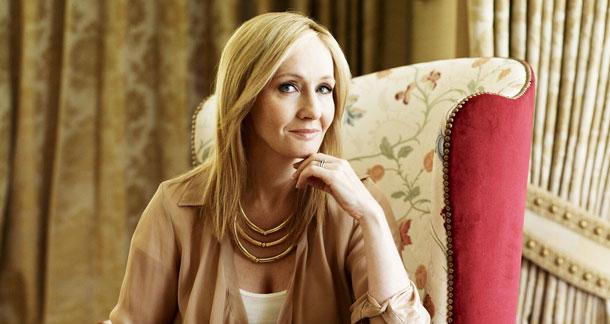 Harry Potter fans everywhere are losing their collective minds over news that J.K. Rowling has published a new short story featuring The Boy Who Lived. Published on the Pottermore website, the story is written from the point of view of Daily Prophet gossip writer Rita Skeeter, and features Harry in his 30s, watching the Quidditch World Cup in Argentina’s Patagonia Desert. This is the first time that Rowling has written about Harry and his friends as adults since the epilogue in Harry Potter and the Deathly Hallows.

Although it has been seven years since the last book in the Harry Potter series was published, fans are still hungry for content set in the wizarding world. This new Pottermore story comes fresh off news that Rowling’s short book Fantastic Beasts and Where to Find Them is being developed as a film trilogy.

It is wonderful to see what’s been going on in the lives of Harry, Hermione, Ron, Ginny, and the rest of Dumbeldore’s Army, but it begs the question- what about Draco?

If she does to many stories, she might as well have a book. Nothing wrong with that.

I usually maintain that an author should move on and always try something different, but Harry Potter was the series I adored and that made me read a lot as a kid, so I basically own Rowling my ambition to write. So I'll probably swallow anything she does for the franchise.

Surely she's writing other stuff though, not that I dislike Harry Potter or anything.