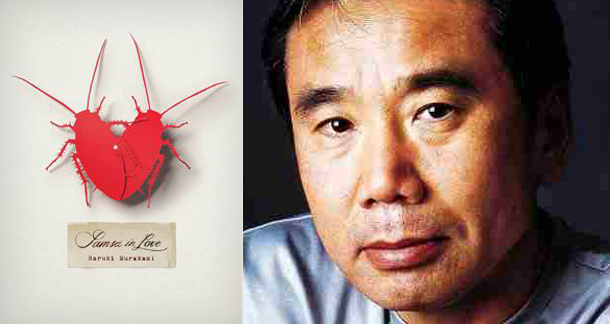 Haruki Murakami is one of the most eagerly waited upon authors I can think of – rarely do I see the sort of expectation for an authors work (well, maybe beside Pynchon) that he seems to command. His latest book, Colourless Tsukuru Tazaki and His Years of Pilgrimage, which is still being translated from the Japanese, apparently, is due sometime soon, although we don’t exactly know when ‘soon’ is.

Don’t despair: The New Yorker has published a new story by Murakami entitled "Samsa in Love", which is apparently a reversal of Kafka’s "The Metamorphosis".

He woke to discover that he had undergone a metamorphosis and become Gregor Samsa.

He lay flat on his back on the bed, looking at the ceiling. It took time for his eyes to adjust to the lack of light. The ceiling seemed to be a common, everyday ceiling of the sort one might find anywhere. Once, it had been painted white, or possibly a pale cream. Years of dust and dirt, however, had given it the color of spoiled milk. It had no ornament, no defining characteristic. No argument, no message. It fulfilled its structural role but aspired to nothing further.

You can read it here for free and compare it to this free copy of Kafka’s story. This might tide you over until Murakami’s publisher announces a publication date sometime later in the year…

The Story Behind Kafka's Insect Infestation