New Essay by Craig Clevenger - 'Cave Men, Sharks, and the Doors of Perception' 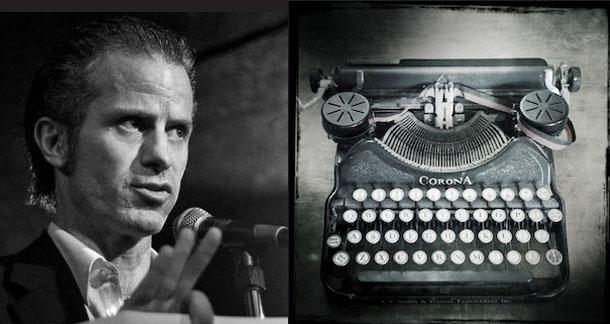 Since I first interviewed him for ChuckPalahniuk.net way back in 2003, Craig Clevenger has become a staple among readers who know what great modern literature is.  Craig's debut book The Contortionist's Handbook caught on like a California brush fire when Chuck Palahniuk read a copy, flipped for it, and then brought it on tour with him that year and pimped it to anyone who would listen. Chuck would later go on to offer this praise for the front of the hardcover's dust jacket:

I swear to God this is the best book I have read in easily five years. Easily. Maybe ten years. - Chuck Palahniuk

In the years that followed, Craig released his follow-up novel Dermaphoria, which I personally think topped The Handbook.  Then, while pumping out short stories on his official site, The Velvet, and various anthologies, Craig found a new role as a mentor for up-and-coming writers.  Through a series of over seven classes on the ChuckPalahniuk.net workshop, he led some of our most popular courses.  Students were amazed with how available Craig was to give expert advice.  Craft essays were soon born out of these classes and generated to support future classes.  Many of these are housed over at The Cult right now, while one, The Devil In The Details, has already migrated over here and is free to all.

Today we bring you the first new essay from Craig in over a year.  It's called Cave Men, Sharks, and the Doors of Perception, and it's available to all of our Workshop Members.  This is one of the perks of signing up for our site and taking your registration that one step further.  Not only do you get access to the best writers workshop online and honest feedback from your peers, but you also get exclusive craft essays from people like Craig Clevenger and yes, Chuck Palahniuk (who has 36 writing essays here).

If you are already a Workshop Member, then check out Cave Men, Sharks, and the Doors of Perception.

If you're not sure you're ready to take the plunge just yet, here's a sample from Craig's new essay:

Do any of these look familiar?

And then it happened...

Suddenly, out of nowhere...

Before we knew it...

There are numerous other variants of the above. I call phrases like this shark music (or sometimes refer to them as drum rolls) and it should be pretty clear why. And then it happened... precedes whatever’s happening which, if cleared of driftwood, speaks nicely enough for itself.