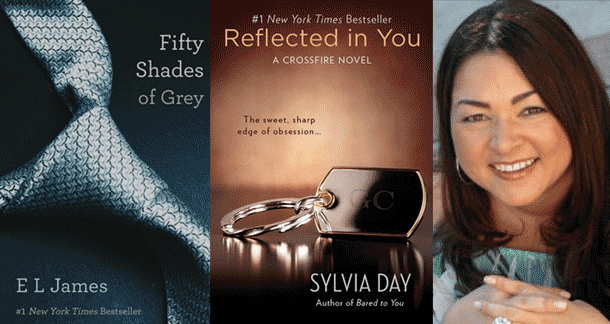 Sylvia Day is in exalted company. Her Amazon Author Rank places her in the top five most popular writers (she’s number four today) on Amazon.com with the launch of the trade paperback version of her novel Reflected in You. The book has been available in eBook format since October and has sold more than 450,000 copies — exceeding sales of Fifty Shades of Grey in its first week.

Any mummies here excited about this?

I think that Reflected in You is the second in the Crossfire Trilogy.  Entwined with You would be number 3 (at least that what it looks like on Amazon).

The answer is yes.