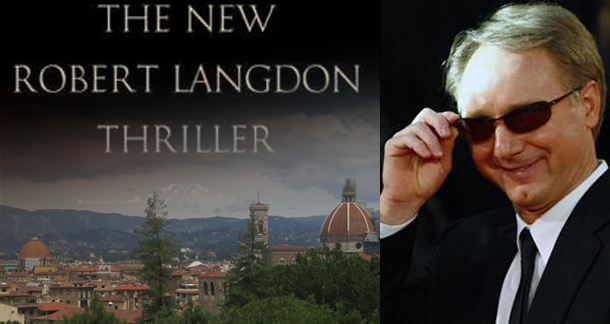 Everyone’s heard of Dan Brown, right? Movies have been made of The Da Vinci Code and Angels and Demons, so even non-readers have heard of him. In a nod to the intricate puzzle-solving in his books, his publisher, Transworld, has come up with a new way to reveal the name of his upcoming novel: get the fans to solve a puzzle.

So in order to find out the title of Brown’s new book, due out in May (and bound to be the summer’s bestseller), readers had to tweet and Facebook the news, and were rewarded by the gradual revealing of a mosaic.

As is to be expected, the hype has already started, with the book centred “on one of history's most enduring and mysterious literary masterpieces” which leads its readers to “the heart of Europe”.

What amused me were the attempts to guess the title on the Guardian’s website; some of them included: The Bestseller Code and The Symbol Symbol, not to be outdone by Thomas Pynchon’s London Address.

But what’s that I hear you say? The title’s been revealed? Yep, the announcement of the contest happened early yesterday and the title was revealed within hours as Inferno — set in Italy and revolving around Dante Alighieri, author of The Divine Comedy, which includes a book by the same name.

Dwayne from Cincinnati, Ohio (suburbs) is reading books that rotate to often to keep this updated January 17, 2013 - 2:30am

He rights great novellas. Sadly he adds about 200 pages.

Loved The Da Vinci Code and Angels and Demons, but the last Robert Langdon book wasn't that great. With that being said, however, Dante's Inferno has always intrigued me, so I'm curious to see what mystery he has created surrounding it.

The only interest that I have in reading Dan Brown's books or seeing "The Da Vinci Code" movie is in learning the mystery of how Tom Hanks got his mullet that thick.

I want to join the Secret Society of The Mullets... and then do a "Da Vinci Code" off-broadway production that is scored by the awesome '80s band, Flock of Seagulls.

(Sorry, I haven't had enough coffee today, so this story is making me excited that there might be another epic movie released that stars and is about Tom Hanks's mullet!)