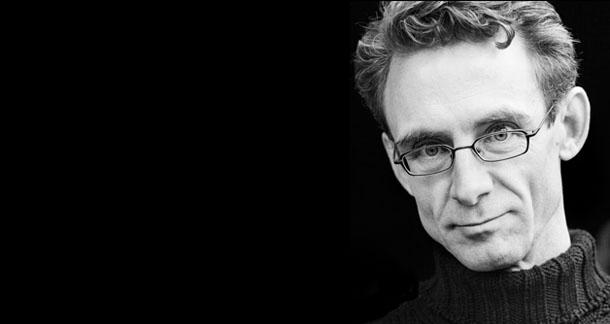 Good news for you, LitReactors: Starting this year, Chuck Palahniuk has decided to launch a new series of craft essays, the first of which is available today. These essays will have no certain timeline or schedule. We don't know for sure when Chuck will submit them, nor how many there will be. But here's what we can tell you: the essays will be only be available here. For the first month after they post, they will just be available to Premium Members. But one month later, they will be "unlocked" and made available to all, for free. So if you want them right when they post, simply upgrade to a premium membership today. This membership not only grants you full access to all 36 of Chuck's previous craft essays, but also allows you to submit your own writing to our ground-breaking writers workshop.

For now, here's a teaser of Chuck's first new essay "Consider This: Coping." If you want to read the full essay, simply go Premium. If you're already a member, follow the link at the bottom for the complete essay.

Let’s start with a secret about Suzy Vitello.

In any immediate crisis, she can choose to be either the past or the future Suzy.  Three days earlier, the crisis didn’t exist.  Three days from now, the crisis will be lessened or resolved.  This gives her perspective and prevents her from reacting too brashly in the moment.  Stressful events come and go, but Suzy – she reminds herself – is eternal.  Being three people gives her stability.  Like a three-legged stool.  It’s a wonderful coping strategy.

She explained this concept of herself to me decades ago, in the early 1990’s in Tom Spanbauer’s writing workshop.  There, she also just so happened to be writing a novel about a young woman who was subject to schizophrenic episodes where two seemingly alter egos offered her advice.  Twenty years later, her novel is still forthcoming.

Suzy’s coping strategy has always stayed with me.  At this moment I’m at home, trapped by a snowstorm, miles from anyone.  I have enough wood to heat the house for two more days, and the prediction is for warmer weather by then.  Rather than fret about my solitary confinement – without even a dog – I imagine myself three days in either the past or the future.  Three days ago, I was eating lunch with an editor from Dark Horse Comics.  Three days from now I will be at UPS mailing 50 bloody severed (fake) hands to a bookstore in Seattle.

Suzy has given me something that a good book/story should always give to a reader:  A concept… a strategy… a way to cope.

It’s not difficult to imagine that Suzy’s concept led to me creating the Tyler Durden alter ego in Fight Club.  Beyond fractured personalities, let’s consider two other ways in which characters can react to the unbearable crisis of the moment.

Who do I contact if I'm a premium member and the link still doesn't work for me?

Link's not working for me either.

Works fine for me...

Nathan, you're like staff, though... Still not working for me and, yes, I'm a member. Paid monthly.

Sorry folks, it was an error on our part. Seems someone forgot to actually press the "publish" button. Should be good now.

Kirk, you're like my new favorite staff member at the moment :) Thank you for fixing it :)

Think it will be useful for me because I am writing essays all the time, as well as, research paper from handmadewritings.com

I for one use them only top notch components : you will see these people during.. Soccer shoes