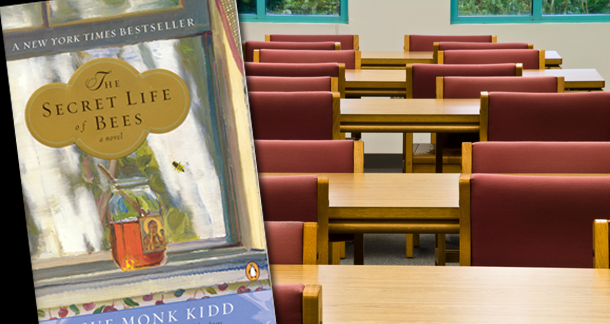 It’s funny, isn’t it, what still constitutes a taboo subject in the western world, particularly when it’s not that uncommon. But controversy recently arose when a teacher at York Prep in Manhattan asked ninth-graders to write a suicide note “from the perspective of a suicidal character in the book (by Sue Monk Kidd) The Secret Life Of Bees.” The assignment posed the questions: “How would you justify ending your life? What reasons would you give?”

Needless to say, this didn’t go down that well.

"We thought this was such an outrageous assignment for a 14-year-old to get," a parent told the Post. "We pay a lot of money to send our kids to the school."

Right. But did anyone make a complaint to the school? Not according to the headmaster, Ronald Stewart. He also believes the assignment “had merit”.

The teacher wanted the assignment to be a lesson in carpe diem. She wanted them to look and see why one should live life to the fullest… "We’re going to have to knock off a lot of novels [from our curriculum] if we can't talk about taboo subjects like suicide," said Stewart. "Are [we] supposed to ignore [these topics] or try to talk about them honestly? "

Exactly. It sounds like a bit of a storm in a teacup, to me, particularly if no one’s complained to the school where it happened. It’s not like anyone’s suggesting the students consider suicide, just to think about it from the character’s point of view. Besides, if we can’t talk about suicide, doesn’t that just make it more interesting/exciting as forbidden things often are?

Suicide survivor speaking. I admire that teacher, assignments that provoke heavy thinking like this could save the world if some parents would unwad their panties.

I love how complaints like the one made to the press often end in a line like "We pay a lot of money to send our kids to the school." That's when people know they're clutching at straws, so they mention money because they think that will make anyone at the school itself see a weak argument as a strong one. If I'd been that headmaster, I might have gone as far as to say 'The money you pay is justified because your kids are clearly getting a good education' before the argument in support of what that teacher did.

If we can't talk about suicide then the number of people who do it will probably increase.

Whoa, now there's a teacher earning her paycheck. I understand why this is getting a reaction from some people - it's certainly a different approach to the topic - but don't we want to teach our kids to think about things in new lights, to analyze difficult issues, to have unique thoughts and approaches to their personal problems and the world's problems? In my mind, this assignment also opens a great door for parents to discuss suicide and depression with their children. If parents are concerned about the effect this topic may have on their children, the obvious solution is to talk with their kids, not deny that the issues exist or try to assert that students shouldn't be taught about them.