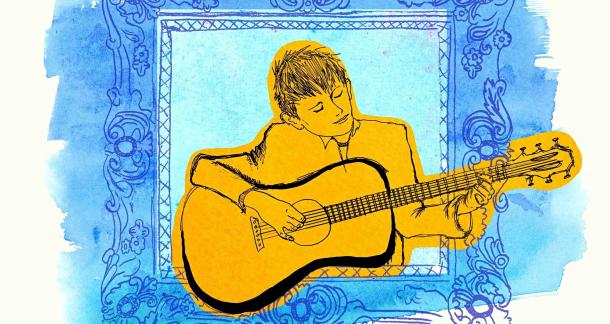 Sex, drugs, and...children’s literature? It has been announced that legendary Rolling Stones rocker Keith Richards is collaborating with his daughter Theodora Dupree Richards to write a children’s story. Ms. Richards will debut as an illustrator for the book, being released by Little, Brown Books for Young Readers.

Gus & Me: The Story of My Granddad and My First Guitar is written about Richard’s relationship with his influential jazz musician grandfather, Theodore Augustus Dupree, for whom his daughter was named. Inspired by being a grandfather himself, Richards wanted to explore the cherished relationship between grandparents and grandchildren. According to the Los Angeles Times, Richards said in a statement, “I have just become a grandfather for the fifth time, so I know what I’m talking about.”

Richards has previous publishing experience with his best-selling memoir Life, published in October 2010. You can look for Gus & Me: The Story of My Granddad and My First Guitar in hardcover and eBook editions on September 9, 2014.