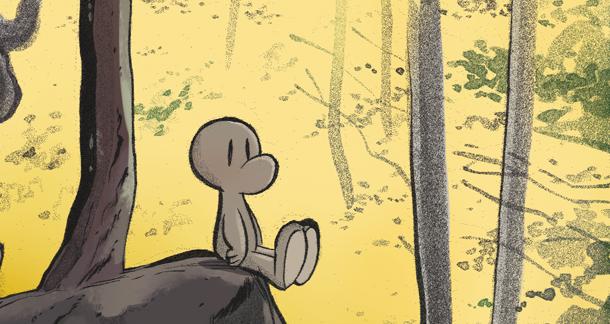 The newest story in the Bone-iverse, Bone: Coda, takes place after the events of the original series and shows our heroes' return to Boneville.

The new comic will also include the Bone Companion, which will be an all-new illustrated version, plus a whole mess of bonus material about the making of the series.

The original, beloved, awesome, funny, sweet series ran for 55 issues between 1991 and 2004, and has been collected and re-collected in different formats over the years, one of the best being the 1,344 page single volume version that tells the entire epic tale.

Since the end of Bone, Jeff Smith has continued to work in comics, most notably creating RASL, a very grown up book that is still uniquely alive in that Jeff Smith way.