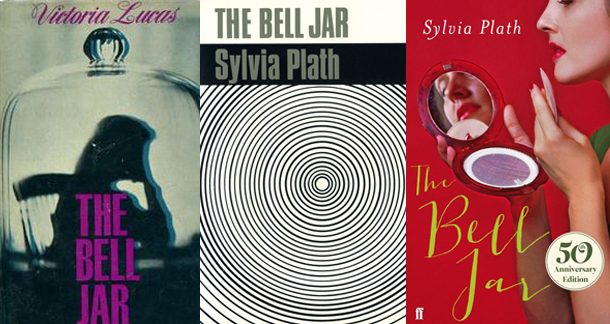 In the 50 years since Sylvia Plath’s first and only book was published, The Bell Jar has had more than a dozen covers in the US, but mostly dark and vague, reflecting the descent of the main character into mental illness. So, for the big anniversary, Faber and Faber decided to go in a totally different direction for their special edition: mainly a woman adjusting her makeup.

The change has angered the literary world and prompted angry critiques of the artwork, starting with a damning piece on the London Review of Books blog by Fatema Ahmed:

[It] fits into the depressing trend for treating fiction by women as a genre, which no man could be expected to read and which women will only know is meant for them if they can see a woman on the cover.

And it’s been all over the social media sphere prompting comments that sum up the antipathy that’s bubbling out there for Faber’s choice of cover.

As Dustin Kurtz, a marketing manager at Melville House, tweeted, ‘How is this cover anything but a “fuck you” to women everywhere?’ Andy Pressman, a graphic designer, called it ‘Awesomelycomicallyhistorically inapprop’, adding: ‘And by “historically” I mean “incorrect on a scale of which we have few historical precedents”, not “That typeface didn’t exist in that era”.’

Plath committed suicide a month after the book was first published (not over the cover, I might add) — she didn’t even want it published under her own name as Plath didn’t want her mother to read it, but I doubt she would have liked what Faber have done with her work. I can definitely say this doesn’t represent the book for me; I simply can’t believe what they’ve done with it. What do you think?

I love The Bell Jar, hate the new cover. It's insulting to the her literary prowess as well as the content. It devalues it, but whatever. Just my opinion.

Is it not Chick-lit?

I would not call it chick lit. Jesus, would you call The Yellow Wallpaper chick lit, too? Plath's talent for poetic imagery, for simile and metaphor, really shine in the book. It's a novel written by an amazing poet. In general, all her fiction was like this, really artful prose. Her short story Johnny Panic and the Bible of dreams is mind-blowingly awesome, probably my favorite short story, ever. This is the first I've seen of the new cover for The Bell Jar and I think it's fucking atrocious. It hardly represents any reasonable interpretation of the story. Plath does not glamorize mental descent, there is a brutal sincerity and a gritty self-examination going on in the story that hardly make her look cool or glamorous; that's part of why I find her endearing. The cover seems to attempt to make it all seem glamorous. I think Plath would have hated that.

I disagree with the pretty much everyone here.

As a woman, who is bipolar, I don't see this as "adjusting her make-up" or as some tricked pony of a color scheme to get more readers or some flippant visual remark that the story is "chick-lit." What *I* see is what I see everyday in my OWN mirror: A woman with two faces. The public one I have to keep adjusted lest my illness be known and the private one that is wholly different.

It seems to me that most people crying out this is sexist bullshit or that it's an insult to women, have never dealt with or experienced mental illness, which is far more stigmatizing for a woman.

I also don't need Dustin Kurtz and Andy Pressman to tell me this inappropriatie for women  - I'm a woman, who is bipolar, whose read THE BELL JAR, the cover is not inappropriate. The cover actually says A LOT about how much women need to carry more than one persona just to survive on a daily basis, even before the mental illness is added in.  Who are they to tell me what is inapprpriate or wrong on a book that talks about female mental illness?

Carly Berg from USA is reading Story Prompts That Work by Carly Berg is now available at Amazon February 5, 2013 - 11:39am

That looks like a typical chick-lit cover to me. All the standard elements are there: the bright girly cover color (pink and baby blue are also big), the pretty young lady, the accessories (pick one: cosmetics, jewelry, high-heeled shoes, shopping bags, or tiny clothes-wearing dog), and the curly feminine lettering.

I used to love chick-lit and was sad when it seemed to stop being an easy to identify sub-genre. Of course I knew it was not deep, serious literature. It was funny, smart-alecky, light entertainment, a pleasant escape from real life.

My guess is they're trying to tap into that huge pool of female readers who want that light escape. If I didn't know this title, I'd assume it was chick lit. Boy would I be disappointed from that point of view, once I started reading it.

The Bell Jar with a cutesy cover really is kind of upsetting and grotesque.

Carly Berg from USA is reading Story Prompts That Work by Carly Berg is now available at Amazon February 5, 2013 - 1:03pm

Maybe they do know what they're doing... I now have an overwhelming urge to read The Bell Jar again. :(

My issue isn't so much with the content of the cover--Lisa has some good points there.

But the art is bad.  The angle of the mirror doesn't make sense and the coloring makes it look cheap.  The same image and concept could have been executed well and had a much better impact.

Hi, did you make this image of the 3 covers? Can I use it in a presentation?

Need to pick up a client or a business partner? Hiring a driver from “Perfect Drive” is what will make your life easier and your guests comfortable. They will know how classy you are and what your standards are......http://perfectdrive.ae/ 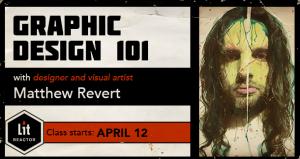