Neil Gaiman Returns to the Marvel Universe This Summer 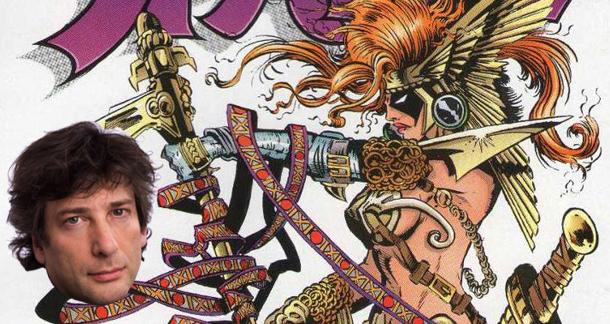 2013 is shaping up to be the year of Neil Gaiman. From his upcoming new novel and subsequent final book tour, to his Calendar of Tales project, the American Gods TV series, and his return to The Sandman, it’s clear the man is busy.

Well, add another cool project to the pile: The Huffington Post reports that Gaiman will return to the Marvel universe this summer. The author is slated to write Issue 10 of Ages of Ultron, a series that will reintroduce his character Angela, “the red-haired heavenly bounty hunter." Following that, Gaiman will co-write Guardians of the Galaxy No. 5 with Brian Michael Bendis, where Angela is also set to appear.

We first met this character in Spawn No. 9. She and two other Gaiman creations were part of a copyright dispute between the author and Spawn creator Todd McFarlane, which was finally settled last year.

Who’s excited to see this character and Gaiman return to Marvel? I’m not familiar with Angela, but she sounds pretty cool. Thoughts?