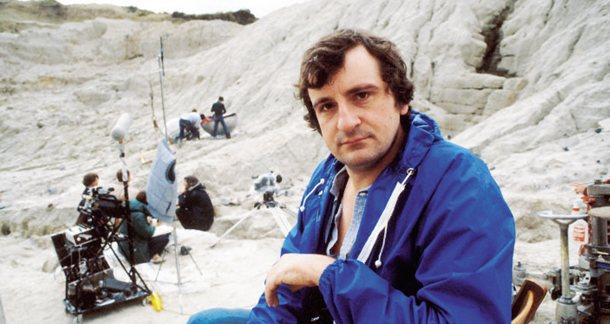 On March 3rd, Neil Gaiman delivered the 13th Douglas Adams Memorial Lecture at the Royal Geographical Society. The lecture, livestreamed on YouTube, is held near Adams’ birthday every year and is put on in support of two charities he was involved with, Save the Rhino and the Environmental Investigation Agency.

Gaiman’s lecture, entitled “On Immortality and Douglas”, begins by discussing his friendship with Adams and what made him so captivating:

Indeed, throughout the lecture Gaiman offers touching snippets of his friendship with Adams, from how he heard of Adams' death to Adams' assertion that books are sharks.

Gaiman also explores the lives of stories: how they are created, how they change and permeate, how they are transmitted and retransmitted in new forms. For Gaiman, stories are lies full of truths and, as he learnt from his cousin, can be worth dying for. Stories can outlive their original forms, traveling from an oral tradition to manuscript to book to eBook and back, transforming in each medium and continuing to live on. Gaiman ends his lecture by stating that “our stories care for us, they make us human and if they live forever the people who created them, who retell them, do pass them along, a living tomb and that’s immortality.”

Gaiman’s lecture honors Douglas Adams, posing questions about the captivating lives of stories, how time and authorship alter them, and offers an optimistic future for the world of stories and books in his own distinctly magical way.

Support Save the Rhino