'Moby Dick In Space' Movie Gets Some Much-Needed Support 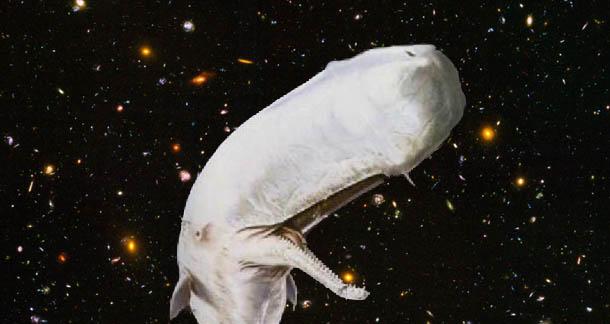 Get ready for Moby Dick... in space!

Lynne Ramsay, director of We Need to Talk About Kevin, has been seeking funding and support for Mobius, a sci-fi take on Herman Melville's classic novel. That financing has finally materialized, in the form of Scott Steindorff and his Scott Pictures banner.

The project will be written by Ramsay and Kevin co-writer Rory Kinnear. Here's the synopsis, from The Hollywood Reporter:

In Mobius, described as psychological action thriller set in deep space, a captain consumed by revenge takes his crew on a death mission fueled by his own ego and will to control an enigmatic alien.

That sounds great. The last time a classic literary character headed into space that I can remember is Jason X. And we all remember how that went.

I haven't seen We Need to Talk About Kevin. I heard it was good. Is that true? What do you think about the prospects of this?

Joshua Chaplinsky from New York is reading a lot more during the quarantine October 3, 2012 - 2:34pm

I'm a sucker for terrible horror/sci-fi movies. So I will probably watch this. If it is as awful as it sounds, I might even enjoy it. Moby Dick 2010 was pretty epically bad, but I had fun watching it anyway.

Bear in mind that Ms. Ramsey also did Ratcatcher, an odd but memorable movie, and the fantastic Morvern Callar. I haven't read the novel, but I've heard her adaptation was faithful to the source material, and the film is one of my all-time favorites. I've yet to watch Kevin either, but I do trust this director. Moby Dick in space could work in her hands.

Unfortunately I didn't read Kevin but I did watch the movie. It was amazing. Probaby one of the best movies I've watched this year. However, it obviously wasnt a scifi. Still, I'm thinking this could turn out pretty good.