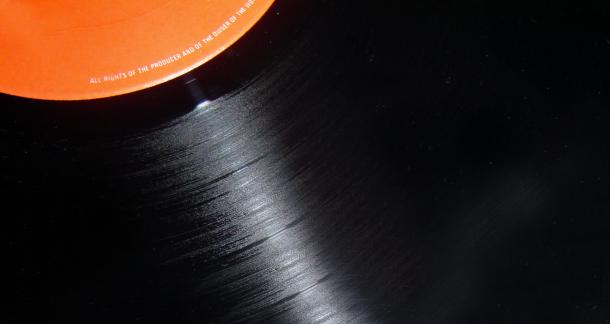 Michael Chabon, celebrated and prolific author of The Amazing Adventures of Kavalier and Clay, Wonder Boys, and The Mysteries of Pittsburgh, had a brief stint as a singer for the Pittsburgh band The Bats in the 80's. And now, lucky listeners, you can own a little piece of history.

The Bats played a gig at the excellently-named Electric Banana on May 23, 1984, the night Chabon turned 21, and shortly thereafter recorded a few songs in the studio. Chabon was only briefly with The Bats, as he left for Europe that summer and attended grad school after that.

The band's guitarist, Sam Matthews, held onto the recordings for years until Michael Seamans, owner of Mind Cure record store and conservationist of Pittsburgh punk, asked about putting out the recording on vinyl.

All of the former Bats members gave the release their blessings, and the 4-track album is available now.

Of his own stint as The Bats' lead singer, Chabon had this to say:

[The] Bats were a fine little band, a unique assemblage of diverse strengths and quirks, anchored by one of the most rock-solid drummers ever to grace the Pittsburgh scene, and hampered only by the weakness of their goofball frontman.

If you're curious, Chabon is not the first Pulitzer winner to be in a band. Paul Harding, author of Tinkers, started work on his manuscript after his rock band Cold Water Flat broke up.

Just for fun, if you were in a band in your youth, nothing makes a better comment thread than a collection of your band names and track titles.

Heyyyyy, I edited the liner notes for this! Hell yeah, Mind Cure!

Community Manager
helpfulsnowman from Colorado is reading But What If We're Wrong? by Chuck Klosterman September 20, 2014 - 11:15pm

Awesome! Did you hear the record? I'm very, very curious.