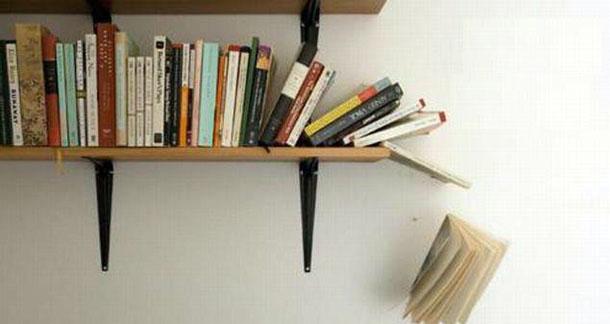 Here are the latest numbers from the Association of American Publishers, and if you're in the "print will never die" camp, they aren't very encouraging. From the net sales revenue report for September 2011:

Adult Hardcover and Adult Mass Market obviously took the biggest hits while eBooks doubled their business compared to last year. Audiobooks kept their proverbial graphline flat with only small variances. Overall, the written word is down 40 million, mostly because eBooks cost so much less than physical copies (roughly 20-30% less).

The music industry comes to mind with their shaky transition period from CDs to digital, and there's plenty of buzz going on right now with the pricing structure of eBooks as more and more people acquire Kindles and iPads.

So what do you guys think? Is print going the way of the dodo?

Hardcovers only down 18%. Compared to Mass Market, that doesn't seem so bad. Might be people who buy more "disposable" book formats, like Mass Market, are more likely to switch over to eBooks, while people who like collecting and owning continue to purchase hardcovers.

In general, print is wilting like yesterday's lettuce.  I'm not saying that as a doom prophet, but as a reluctant embracer of change.  Brandon has a good point that hardcover collectors will remain hardcover collectors, but those sales are only 25% of the market.  Also, I'd wager a good portion of those holdout hardcover sales are of nonfiction books with nice, glossy pictures (let's face it, that National Geographic Year in Pictures of Exotic Birds in Compromising Situations is just nicer as a coffee-table book than on your Kindle).  And this will likely remain the case for a long time.

But I think fiction is going over to the digital side of things, and it probably won't take long.  As a slow starter, I bought an MP3 player a year and a half ago.  I have not, since, purchased a CD.  Does anyone still buy CDs?  Once there is an ereader on my nightstand, I most likely will be done with the vast majority of my heavy-book purchases.  At least my "bought-new" ones.  And it looks like many others are following the same line of thinking.  It's simply more convenient.  One time, years ago, I finished reading, I don't know, something by Chandler or Hammett (one of my better phases).  I stubbed out my cigarette and realized I still had half a case of beer left but no book to read, requiring a half-drunken trip across town to the book store.  With the handy ereader, you just press a button.

And not just if you're drunk.  If you're on the bus.  Or in a restaurant.  Or anywhere.  We live and die by convenience.  Is anybody on this site accessing it with their Selectric typewriter?  No.  Technologies fade.  We sort of owe it to ourselves to keep up with it.

I'll never go fully digital, simply because adding to my bookcases is an addiction that yields decorative delights. There's nothing like looking at a large collection of an author's works and thinking "That looks the tits. Now I need that one and it'll be perfect". Shallow maybe, but a huge factor for me.

Thanks for killing America, guys.

I have a hard time reading print books anymore (lugging them around, my iPad is always with me) but a nice hardback is great.  I would be more inclined to buy print books if they included the e-book for free.

So this means traditional book lovers can get them cheaper, right? Brilliant. Rock on.

I will never stop buying and reading books for one simple reason. When at the train station and there is a smokin hot girl there. I will cross my legs, laugh knowledge like, point to the book and say quietly "Yes, yes, such an observer of the human condition you are, well done Mr. Kafka" Like a professor. The idea being she wont feel threatened by me cos of my intelligence. So I can sit next to her and tell her I'm a gynecologist and can smell a 'fanny tumor' and suggest she follows me to the toilet for a look.

If you nod and laugh while looking at an ipad - they think you are playing Angry Birds.

Chester Pane from Portland, Oregon is reading The Brief and Wondrous Life of Oscar Wao by Junot Diaz December 3, 2011 - 11:13am

I see it as a market adjustment. Print will obviously be reduced when there is a viable alternative. But one need to look no further than the vinyl EP market to know that as much as that facet of the industry will wane, it will always be back at some point as part of a retro resurgence.

@Dakota: One thing I love about paperbacks: Writing copious marginalia. When I write on my kindle it fills up quickly with notes.

The pricing structure is something we talk about often. I don't think it's going to be too long before either a.) print editions are only slightly more expensive than electronic or b.) electronic becomes included with the print purchase.

I'm still considering how I want to do things for my next book, but the second option is something I've been thinking about should the publisher let me do that.

Americantypo from Philadelphia is reading The Bone Clocks December 3, 2011 - 8:16pm

Personally, I'm excited by the transition from print media to e-books, etc. I think it will make publishing new authors easier since there won't be as huge as risk due to the declining cost. Plus it makes your work accessible to anyone that would care to read it. Labels went away from the music industry, putting all the power back in the hands of artists, for better or for worse. The same will happen for writers- publishers are gonna lose a lot of their power. This also makes it very easier for new people to start up publishing groups and zines without feeling marginalized.

I think the only detrimental change is the fact that it's very difficult to sell short work, and therefore, it's hard to make any kind of money early on as a writer. From what I gather, it always sounded like you had to pay your dues as a writer publishing short work until you finally got a novel published, but at least as you did this you could make a little money off it. Nowadays, while there are plenty of paying zines, there are plenty that don't pay anything, regardless of their popularity. Maybe they too will transition to ebooks with a subscription plan of sorts and overtime they'll start paying their writers again once they figure out how to make money off it.

Americantypo from Philadelphia is reading The Bone Clocks December 3, 2011 - 8:24pm

I'd like to add two things to what I just wrote-

1- I still, on occasion, buy print books if they're used and cheap. Though I do love my kindle and the ease at which I can download any book on a whim. I feel like the convenience of that will, if anything, spurn more reading.

2- I have payed for porn when its really good and I can't get it anywhere else. Same goes for music that is difficult to download at a high quality. Books, however... they gotta figure out some bells and whistles to keep books interesting on the kindle so people aren't so quick to just rip them off online. Maybe author's notes, rough drafts, or essays that can be easily accessed through a click of the mouse (or whatever). I often thought that in the event of ever finishing and publishing a book, I would have loads of notes and character bios, etc, that would be interesting supplemental material to be included as e-book additions. Imagine reading your favorite author and seeing a small icon, clicking on it, and reading an anecdote about this passage or the research this idea was based on?

I think I lost all faith in the publishing industry when I heard Mark Danielewski is getting a 20 book deal writing a series of books about "a little girl and her kitten".  Sorry but I hated "House of Leaves" or any book that has to put the print in swirls and have copious imaginary footnotes to try and be different.  Ugh.  I understand why J.D. Salinger went incognito now and why Plath stuck her head in the oven and Hemingway blew his brains out, they saw the future of publishing.

SGJ from Midland, Texas (but in Boulder, Colorado, now) is reading weird fiction and horror fiction and science fiction and literary fiction and innovative fiction, or maybe a romance or a western or a magazine on bowhunting or show trucks or anthropology December 4, 2011 - 7:22pm

wonder why the e-book row is the only one excluding religious? are a lot of people kindling bibles, and that's throwing the numbers way off?

I don't know how true this is but I heard recently that CD's are going to stop being produced in 2013 except for special editions. Even then it will only be major artists. I have a feeling books will go the same way. Only special edition hardcovers will be printed and everything else will be ebook. I don't know though. Just my own little theory.