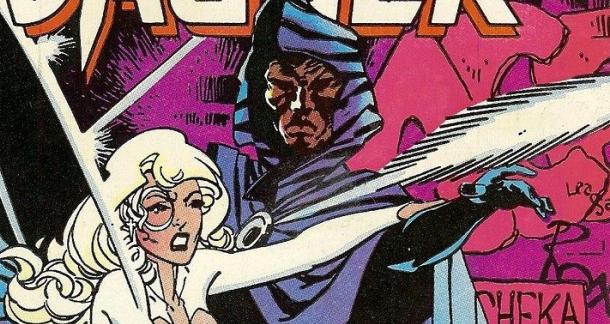 Bad news, true believers, it's headed for a network called "Freeform", which is the new iteration of ABC Family.

The series is a live action, romance-focused joint starring the titular Cloak, aka Tyrone Johnson, a runaway with the mutant power to access another dimension, and the also-titular Dagger, a runaway who comes from a wealthy background and has the power to create daggers out of light.

The really interesting part is that the pair have a sometimes-romantic, but always symbiotic relationship. Cloak always feels a sort of vampiric hunger, and Dagger's powers help soothe him. Dagger is in danger of  becoming overcharged with energy, and dispels some of her energy "feeding" Cloak.

Cloak and Dagger first appeared in Spectacular Spider-Man #64 in 1982, and were notable right away for their thoughtful origins, novel abilities, and for being a team composed of a black man and a white woman.

I've always said comics are mostly just good soap opera. So perhaps the richness of the characters and the backstories will pay off, and maybe Freeform will work it out, and maybe I'll learn a new definition of "guilty pleasure."

Thank you for the beautiful blouse, I can’t wait to wear it this weekend. meme büyütme