Marvel To Include Free Digital Copies With Print Comics 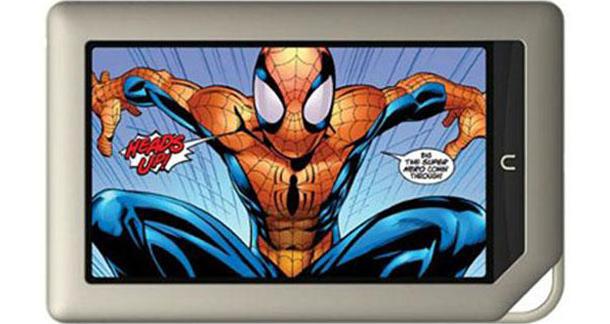 Starting in June, Marvel will include digital copies of its comics with print editions. All comics costing $3.99 will include a download code for the issue's digital counterpart.

“We’ve seen a tremendous response to the digital codes in Avenging Spider-Man, our Season One graphic novels and the Ultimate Comics line. The positive reactions from both retailers and fans make it clear that including these codes with our books drives customers into comic stores on a repeated basis.”

It sounds cool, but the more I think about this, the less I like it. I tend to read comics almost exclusively in graphic novel format, and if I'm reading single issues of anything, I read it on my iPad. I don't see any circumstance under which I'll buy a physical comic, read it, and think, "Damn, I need to also have a digital copy of this!"

I'm also interested to see if there will be any checks in place for fraud--otherwise what's to stop someone from going into a store, picking out the code, and downloading a free copy on the spot?

And finally, if Marvel wants to better expand its brand into the digital frontier, it needs to do something about its pricing scheme. It's borderline insane that the new Ultimate Spider-man title (which I'm enjoying quite a bit) is priced at $3.99, the same as the print edition. That's like an eBook of a brand-new hardcover costing $30.

Maybe I'm just in a mood. Is this exciting to anyone else?

I like this idea. I have single issue comics, graphic novels, and now that I got an iPad I'm starting to get digital comics as well. Now I'm seeing the dilemma of whether to purchase the print or digital copy of my comics. I don't want to abandon my comic book shop but I like that I can carry my comic collection in my hand. With this new plan from Marvel I can get the best of both worlds. Now if only DC can get into this since I'm more of a Batman fan.

I love the idea, but the price is still outside my reach.  I could see splitting the cost with a friend to buy the paper version for him and the digital for me.  But 4 bucks for a comic is always going to be a ridiculously high price, especially when they have ads.  Up the ad count, drop the price, increase the circulation, maybe.

Or make digital versions that have little adds in the corner (like most ad-funded apps).  I don't mind those little ads.  Just cut the price of the comic down to something affordable.  And make every issue that's over a year old only cost 10 cents if it has ads.