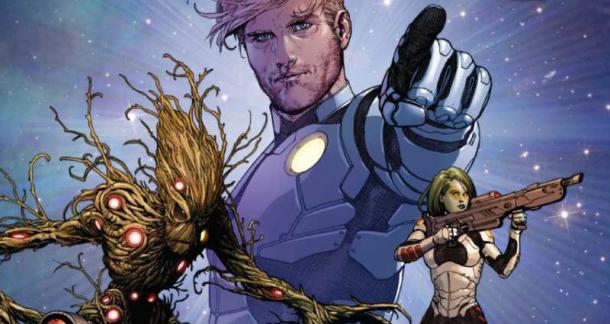 Guardians of the Galaxy will be getting the spin-off it deserves in Guardians of Infinity, reports GalleyCat.

The new comic series by Marvel will be released on December 1st, and will feature generations’ worth of characters found in the original Guardians of the Galaxy series. With artwork from Carlo Barberi and writing by Dan Abnett, the spin-off is sure to please readers everywhere. ComicBook.com has more on the series:

Guardians of Infinity stars characters from Guardians 3000, as well as characters like Drax, Rocket Raccoon, and Groot from the modern team. In addition, the series will introduce a brand new team, the Guardians 1000. The series’ opening story arc will see all three versions of the Guardians of the Galaxy teaming up for cosmic adventure.

What say you, fans of the original Guardians of the Galaxy series? Are you excited to see the Guardians universe expand, or what?