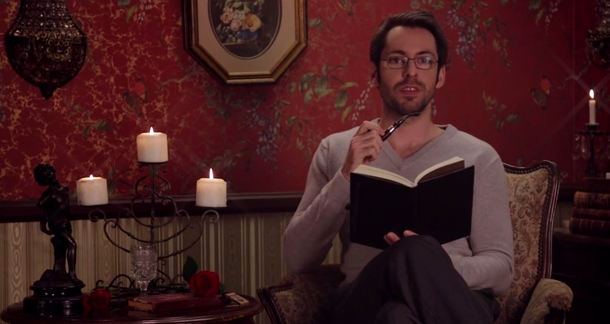 Even considering that, a recent video by Funny or Die, where Freaks and Geeks and Party Down star Martin Starr reads a letter Joyce wrote to his wife, Nora, in 1909, shows that Joyce may have been holding back with Ulysses. (Joyce's love letters previously covered HERE.)

Watch the incredibly NSFW video below.