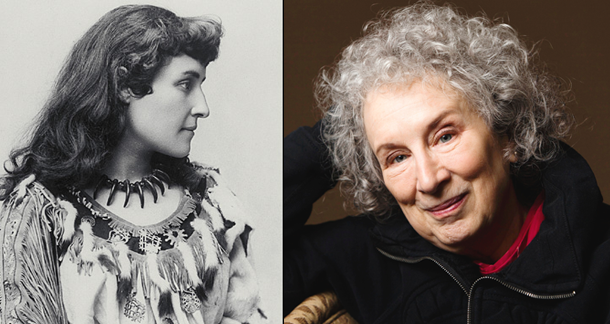 As long ago as 1999, award-winning novelist Margaret Atwood, author of The Handmaid’s Tale and The Blind Assassin, started working on the libretto for an opera based on “the extraordinary life of Canadian writer, poet and actress Pauline Johnson” who died in 1913, after fighting breast cancer. Now her operatic debut is planned for next May when City Opera Vancouver plans to unveil it with mezzo-soprano Judith Forst in the starring role.

The child of a Quaker Englishwoman and a Mohawk chief, Johnson was born in Ontario in 1861 on the Six Nations Reserve, and according to Atwood, was “torn by loyalty and ambition." Johnson toured the US, Britain and Canada reading her poetry in ball gowns or native dress at a time when it was very unusual for a woman to be so independent.

At the time the project was first announced, Ms Atwood said: ''She had courage, brains and beauty, like many of the best operatic heroines. She also led a double life, in which a secret love, a jealous sister and an early death were elements… Haunted by failure, torn by her dual identity as both Mohawk and white, Pauline Johnson fights to confront her past before the end, as her doctor tries to control the pain and her sister tries to control the story that will be told,” the opera company said.

Atwood, now 73, “has long said it was about time that Johnson was restored to her rightful place in Canada’s literary tradition, and her arias will include some of the actual poetry.” The opera is set near the end of Johnson’s life and was originally intended for the Canadian Opera Company.

This isn’t the first time her work has been seen onstage: The Handmaid’s Tale has been adapted twice, once by the English National Opera and once by the Danish Opera Society. Pauline was resurrected in 2008 with composer Christos Hatzis, but floundered before Canadian composer Tobin Stokes stepped in to finish the project when he “was selected from a pool of more than 40”.

It’ll be interesting to see the finished product, assuming it gets beyond the boundaries of Canada, of course. Would you go see it? I might, as long as it sticks to Atwood’s requirement not to be “screechy”.

I adore Margaret Atwood, and this sounds interesting. Hopefully it will make it outside of Canada. I'd love to see it.