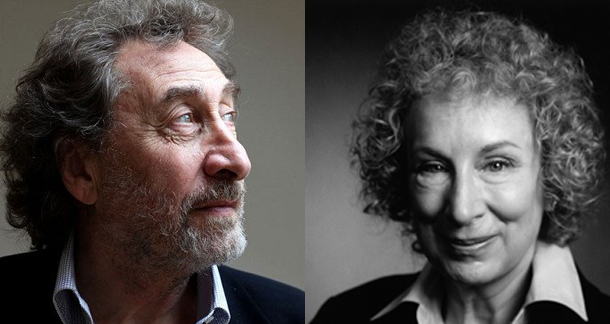 With William Shakespeare’s 400th birthday looming on the horizon, it’s not surprising that thoughts have begun to turn to the celebration of this event. As Hogarth Shakespeare, an imprint of Penguin Random House Group, announced in June, they’re approaching established authors to update Shakespeare’s plays with modern interpretations.  The two latest recruits are Man Booker Prize winner Howard Jacobson and perennial Nobel nominee Margaret Atwood. Jacobson chose The Merchant of Venice.

"For an English novelist, Shakespeare is where it all begins. For an English novelist who also happens to be Jewish, The Merchant of Venice is where it all snarls up," Jacobson said. "Only a fool would think he has anything to add to Shakespeare. But Shakespeare probably never met a Jew; the Holocaust had not yet happened, and antisemitism didn't have a name. Can one tell the same story today, when every reference carries a different charge? There's the challenge. I quake before it."

Atwood, who has just published a new book, MaddAddam, who has a penchant for science fict— excuse me, speculative fiction, chose The Tempest.

It has always been a favourite of mine, and working on it will be an invigorating challenge. Is Caliban the first talking monster? Not quite, but close …" she said.

With Anne Tyler and Jeannette Winterson already on board, the interest now is to see who will take on one of the tragedies — Romeo and Juliet? Anyone? Titus Andronicus? Beuller?

I’m looking forward to Atwood’s piece, as a fan, but it’ll also be interesting to see how these adaptations work from the original material. Will it get more people to read Shakespeare?

I hadn't heard of this project before. I like it very much.

I just finished reading Dan Simmons' Ilium and Olympos which is a sci-fi story relying heavily on the Iliad and other classics, intertwined with the Tempest. Simmons really knows his classic literature, and can spin a yarn.

I can't wait to see what these other literary talents do with Shakespeare, who took many of his stories from previously existing tales as well. So the cycle of allusion and retelling continues.

Joshua Chaplinsky from New York is reading a lot more during the quarantine September 10, 2013 - 9:01am

Atwood's Penelopiad was an interesting adaptation of The Odyssey, so this will probably be worth a read. I've not read anything by Jacobson.