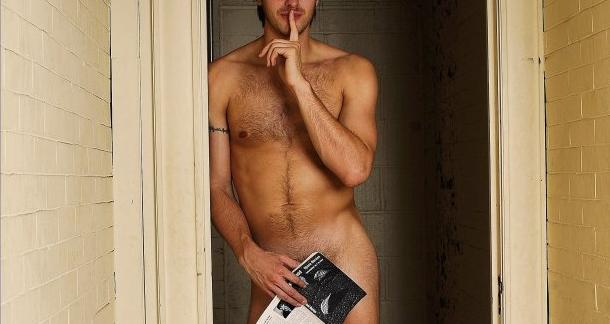 A group of male librarians, dubbed The Men of the Stacks, have stripped down for a sexy calendar with a very noble goal in mind-- to raise money for the 'It Gets Better Project.'

I mean, they're also trying to dispel the notion that all librarians are uptight old ladies, so there's that. But, the It Gets Better Project, if you're not familiar with it, is one of the internet's more admirable memes. It was the brainchild of sex columnist Dan Savage, inspired by a rash of suicides among LGBT youth. The project collects video testimonials from people offering messages of hope and encouragement to kids who suffer through ridicule, bullying, and even violence related to their sexual orientation. And really, the videos are inspiring. BD Wong's nearly made me cry.

Sadly, Jamey Rodemeyer, a 14-year-old from Buffalo, N.Y., and the star of his very own It Gets Better video, took his own life last month after succumbing to relentless bullying from his peers. Things like that make supporting this project all the more important.

The calendar, which is available on The Men of the Stacks website, has sold 550 copies since it's Sept. 27 release, raising more than $8,000. And their project has the added value of changing perceptions about their profession. From their website:

"There is an entire population of professional librarians out there who disagree with the way the library profession is perceived in contemporary media outlets and in the historial consciousness of the American mind. Different people and different associations will use different means to try to change those perceptions. This is ours."

So, there you have it. Go buy pictures of sexy men holding books so you can support a good cause. Or you can just make a donation directly to the It Gets Better Project, if naked men aren't your thing.

fummeltunte from Seattle is reading The Left Hand of Darkness October 11, 2011 - 2:06pm

Haha, I saw this posted on Queerty and I think it's a hilarious idea. You can see more of these librarians here: http://www.queerty.com/sexy-men-of-stacks-calendar-proves-not-all-librarians-are-crabby-spinsters-20111009/

Joshua Chaplinsky from New York is reading a lot more during the quarantine October 11, 2011 - 7:42pm

It's not the product, it's the proceeds.

Well, maybe you'd be interested in my new product. It's a wacky arrow through the head gag.All proceeds go toward deworming Somalian babies ( the ones that make it.). Great for parties.