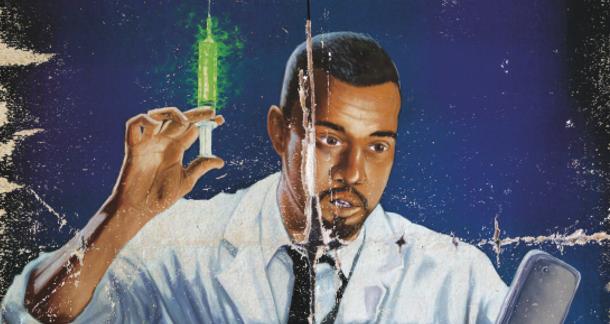 UPDATED: Both the paperback and Kindle editions are now available on Amazon.

What started as a joke has become a full-fledged, litigation courting reality. My novella 'Kanye West-Reanimator' is set to be released on September 1st, courtesy of Yolo House Publishers.

So many questions. Where to begin?

Yolo House is comprised of three very talented people: Cameron Pierce, Molly Tanzer, and Matthew Revert, who have collectively decided to take a chance on the ridiculous.

Yes, this is serious.

Appropriately it started out as an experiment, where every time the name Herbert and/or West came up, I replaced it with Kanye. Then, I went through and changed certain details of the story to reflect Kanye's biography. Finally, I discovered what the piece was really about, and began turning it into a bizarre mix of Lovecraftian horror and hip-hop history. It puts a whole new spin on both the Kanye persona and Lovecraft's original story.

In it, Kanye attempts to reanimate a moribund hip-hop scene, only to come to the conclusion that his music is so powerful, it should be used to reanimate the dead. And who better to reanimate than those two legendary titans gone before their time—Biggie and Tupac? Hilarity and carnage ensue.

Check out the amazing cover art by Dyer Wilk, with design by Matthew Revert. 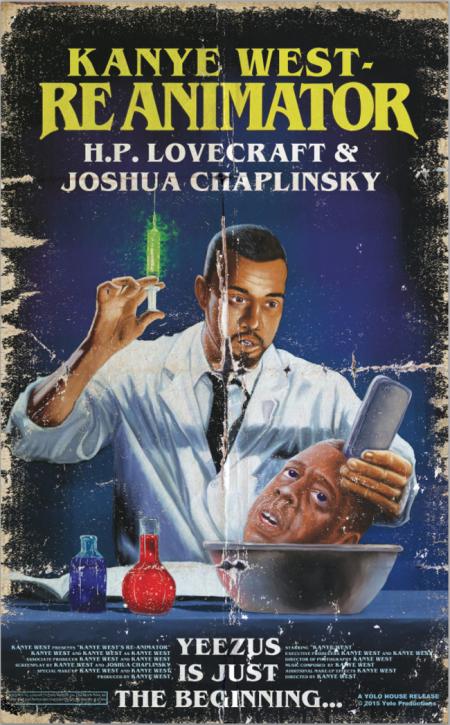 'Kanye West-Reanimator' will be available in print and ebook formats on September 1st from Amazon, Barnes & Noble, and by request at your local independent bookstore.

Class Director
Rob from New York City is reading at a fast enough pace it would be cumbersome to update this August 20, 2015 - 7:51am

Joshua Chaplinsky from New York is reading a lot more during the quarantine August 20, 2015 - 8:51am

Hopefully people are going to judge this book by its cover.

Christina Re from the United States is reading something a friend wrote August 20, 2015 - 9:10am

Well I know what I am buying everyone for Christmas this year...

Dude, what?!?! Mind=blown. Look at that cover! I'm absolutely buying this!

Tony McMillen from Mostly glorious Tucson Arizona but now I live near Boston. is reading Not, I'm writing August 20, 2015 - 12:29pm

That cover alone could move a million units, plus the story sounds swell. Good deal.

Fingers crossed that the story is as righteous as the concept and art - you've set a high bar.  Mad props for the whole homage from a big Lovecraftian fiction fan...  I hope you visit the Chicago area sometime because this is one I would love to have signed.

Are you going to sell the cover art as a poster too?  I would order one.

Joshua Chaplinsky from New York is reading a lot more during the quarantine August 21, 2015 - 7:21am

This has been picked up by Entertainment Weekly.

Joshua Chaplinsky from New York is reading a lot more during the quarantine August 24, 2015 - 6:51am