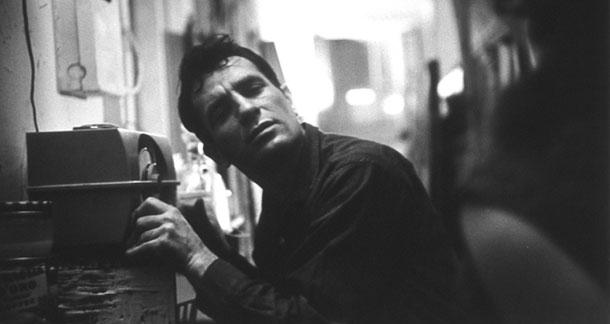 We're a little taken aback that we're just now hearing about this, but here it goes.

Jack Kerouac, author of the iconic 'beat' novel On the Road, has long been believed to have written a book previous to his most famous.  Of course, Kerouac died in 1969 from an internal hemorrhage due to years of heavy drinking, and the book in question remained unpublished and was considered lost.  Well, not anymore.

Yesterday, the novel, titled The Sea is My Brother, was published by Penguin Classics.  The book's main protag is Wesley Martin, a man who "loved the sea with a strange, lonely love."

In Kerouac’s words, it's about a “man’s simple revolt from society as it is, with the inequalities, frustration, and self-inflicted agonies."

The 158-page handwritten manuscript was written when Kerouac was in the merchant marines in 1942.  He was twenty-years-old at the time, and the book is said to showcase the young, blooming talent of this younger version of the writer, as well as his love of travel, which made On the Road such a success.

Sorry we didn't report on this yesterday, but Thanksgiving is a rather odd choice for a release date.

Joshua Chaplinsky from New York is reading a lot more during the quarantine November 25, 2011 - 11:26am

Hetch Litman from Somewhere in the mountains of the Pacific Northwest is reading The Violent Bear it Away by Flannery O'Connor December 1, 2011 - 12:11am

That's what I'm talking about.