Looking Back At Isaac Asimov's 2014 Predictions 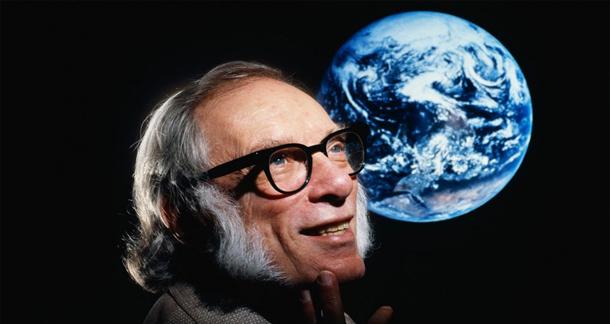 You know who Isaac Asimov is, right? You may have run across one of the 500 novels he wrote or edited in the library, considering that he shows up in nine of the ten Dewey Decimal categories. He was one of the most prolific published writers of all time, but he's probably best known for his science fiction works, specifically his Foundation and Robots series. In fact, the famous three laws of robotics came from Asimov.

Now that we're here in 2014, Mental Floss has decided to see how close Asimov's predictions are to the mark. You can read the full list for yourself, but among the typical science fiction notions of underwater cities, moon colonization, and flying cars, one particular prediction should stand out to the writers and artists out there.

Mankind will suffer badly from the disease of boredom, a disease spreading more widely each year and growing in intensity. This will have serious mental, emotional and sociological consequences, and I dare say that psychiatry will be far and away the most important medical specialty in 2014. The lucky few who can be involved in creative work of any sort will be the true elite of mankind, for they alone will do more than serve a machine.

I'm not sure I ever looked at the world quite like that, but it's kind of hard to disagree with him. Perhaps we don't "serve" machines in the way that Asimov thought, but most of us do spend the majority of our day plugged into the internet, television, or video games. Either way, it's always nice to have someone reaffirm that your creative writing makes you a messianic beacon of hope in a foggy, wandering society lost in a prison of its own creation.

Man, that got heavy. Time to look up some cat videos to cheer me up.

It's Made Of SCIENCE: The Vacuum Of Space

That's a pretty astute observation. Then again, I'd expect nothing less from one of the "Big Three".