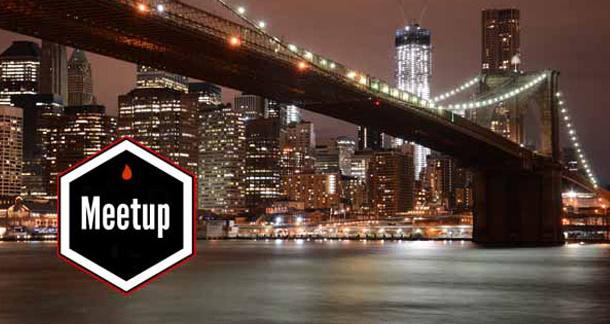 Last night we held the first official LitReactor meetup. No one died. At least, no one was dead when I left, so that's good? We pulled in around 25 people in the basement of Lilly O'Brien's in Tribeca and drank lots of alcohol, and we talked about books and magic and love and the website. If you missed it, then you are lame. Maybe next time? A lot of people have asked when we're going to host a meetup on the West Coast. Don't worry; that was discussed. We'd also like to do NYC again at some point. This is only the beginning.

Thanks to everyone who came out. Everyone was super cool. It was also great that people showed up! Because like I kept saying, it's scary throwing a party for people from the internet; you have no idea if anyone's going to be there.

Here's some crappy photos I took, because it was dark and I didn't want to shoot a flash in peoples' faces all night. If anyone wants to share memories or bon mots or other photos down in the comments, please do, because I'm really tired and need to go finish drinking this gallon of coffee.

Had a blast guys! It was awesome meeting everyone. You guys are the bee's knees AND the cat's pajamas rolled into one!

Joshua Chaplinsky from New York is reading a lot more during the quarantine July 6, 2012 - 8:53am

I look like a crazed maniac in that picture.

Miranda Moth from Guelph, Ontario, Canada is reading The Maze Runner by James Dashner July 6, 2012 - 10:44am

You'd have to be more specific, I think there's a lot of crazed maniacs in those pictures. Still wish I could have been there. Next one on a weekend?

The meetup was, in my opinion, a total success. It was great to meet all sorts of cool people with various levels of site-membership. Good times were had, booze was consumed and of course, a debate on the merits of the original Star Wars trilogy were had.

Class Director
Rob from New York City is reading at a fast enough pace it would be cumbersome to update this July 6, 2012 - 9:29pm

I missed the debate on the original Star Wars trilogy!? That's a shame. I think it sucks. And that's always a fun position to take.

I think the only question that remains is: Who is that man with the fabulous sideburns?

Looks like a blast. I'll be (im)patiently awaiting the West Coast edition and/or a windfall of cash to make the next NYC meetup!

Wish I could have showed. I'm nowhere near NYC or the west coast anymore (though if timed with a visit home to the family, I could still totally manage west coast, if it's anywhere near SF), but have seriously considered poking Utah with a stick until we get a DFW/Texas meetup going. Because I'm lonely, and drinking alone kind of sucks.

#3, the one with the -UD ---HT glass and the guy with his mouth opened at no one is a good shot.  It looks like a Michael Mann still frame or something.