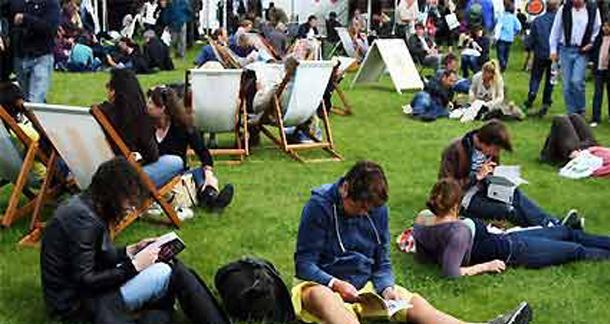 When people describe their hometown with superlatives, it always seems devoid of anything literary: best sports team, biggest meatball ever cooked, largest ball of yarn. Now book nerds finally have a way to tout their hometown hubris—Amazon announced its "Most Well-Read Cities in America" list this week.

At first, between all the online sales, bookstores, libraries, and bazillions of books already in circulation, qualifying something like this seems to border on impossible. Thankfully, Amazon just narrowed the scope to people who recently gave them money: their system was based on sales data of all books, magazines, and newspapers in both print and Kindle format since June 1, 2011, on a per capita basis in cities with more than 100,000 residents.

The winner? Why, the great city of Alexandria, Virginia, of course. Second and third went to Cambridge, MA, and Berkeley, CA, respectively. Maybe next year, your town could hold the "most literate" title—instead of being home to the biggest Chihuahua costume party. (And yes, that's a real thing. I'm looking at you, Kansas City.)

You can find the full press release and a breakdown of category winners here.

Someone on Twitter brought up a good point: This is based solely on Amazon sales. What about cities with a large independent book store presence? They could actually be more literate.

Dwayne from Cincinnati, Ohio (suburbs) is reading books that rotate to often to keep this updated May 17, 2012 - 6:31am

I'm really hoping these were per capita.

Chester Pane from Portland, Oregon is reading The Brief and Wondrous Life of Oscar Wao by Junot Diaz May 17, 2012 - 8:45am

Well all of the writers are in Portland. He-he.